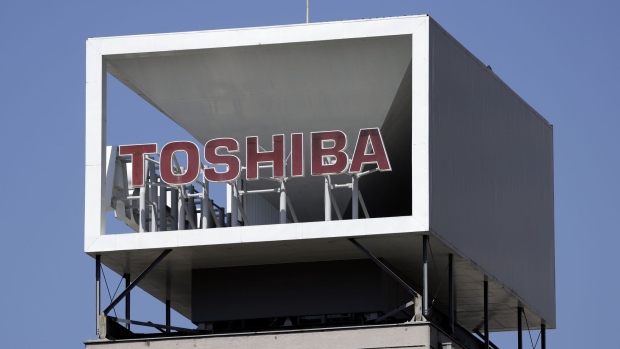 (Bloomberg) -- CVC Capital Partners is in talks with local investors in Japan to join its $21 billion buyout bid for Toshiba Corp., according to people familiar with the matter.

The private equity firm has reached out to Japanese institutions to gauge their interest, said the people, who asked not to be identified as the discussions are private. The participation of local investors could help win regulatory approval for the deal in Japan, the people said. CVC is also considering bringing on another buyout firm as a partner for the Toshiba deal, one of the people said.

Separately, CVC is in discussions with banks for financing of its Toshiba offer, another person said. Talks are ongoing and no final decisions have been made on the investor lineup nor the financing, the people said. A representative for CVC couldn’t immediately comment.

Toshiba confirmed on Wednesday that it had received a preliminary bid from CVC. An executive at the Japanese conglomerate, who declined to be named, later said the private equity firm has offered about 5,000 yen per share, which would value it at about 2.28 trillion yen ($20.8 billion).

A Toshiba deal would be the second initiated in Japan this year by CVC, which is buying Shiseido Co.’s personal care unit in a $1.5 billion deal. The buyout firm completed a 21.3 billion-euro ($25 billion) fundraising for its eighth flagship fund last year, Bloomberg News had reported.