-The company is trying to set low expectations after the Aetna deal’s November closure. Chief Executive Officer Larry Merlo called 2019 a “year of transition” in a statement and said CVS would need to “address the impact of certain headwinds that are having a disproportionate impact in 2019 compared to prior years.”

-Another deal is dragging down CVS’s results: its 2015 takeover of nursing-home drug provider OmniCare. Nursing homes are seeing fewer customers and aren’t as profitable. CVS is taking a US$2.2 billion charge on the deal after those trends “have impacted our ability to grow the business at the rate that was originally estimated.” The charge follows a $3.9 billion writedown in the second quarter.

-CVS is also struggling on costs. While it got a lower tax rate thanks to federal tax changes, the company has had to put some of those savings back into wages and benefits for workers. 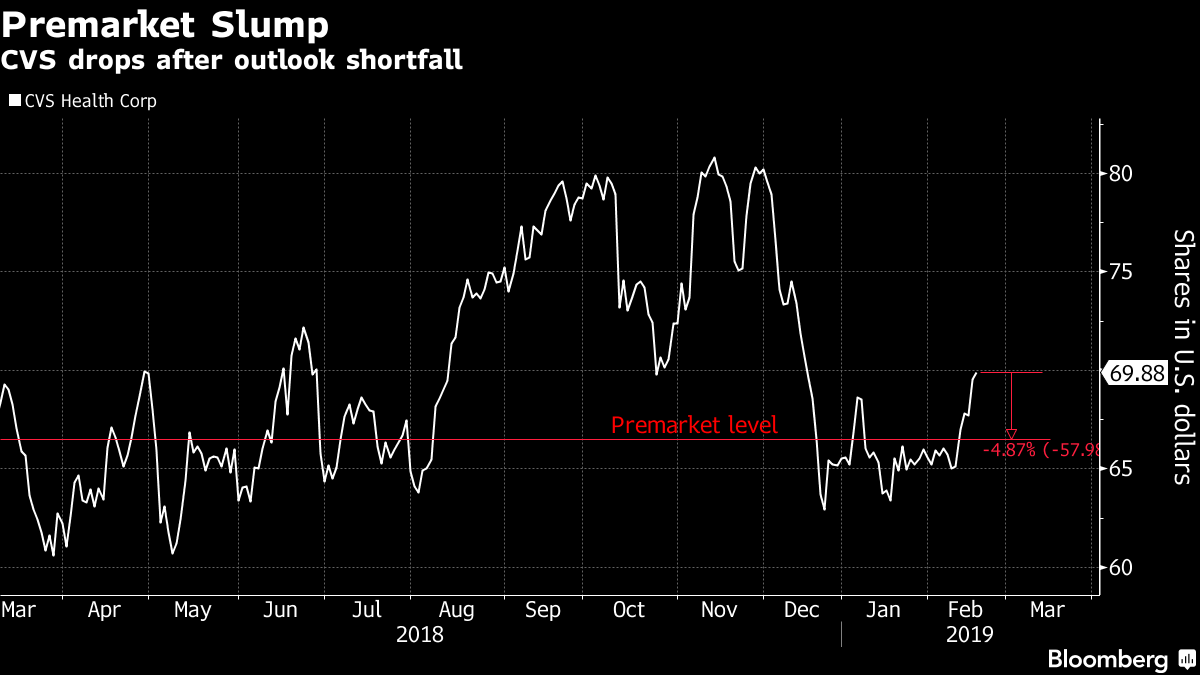