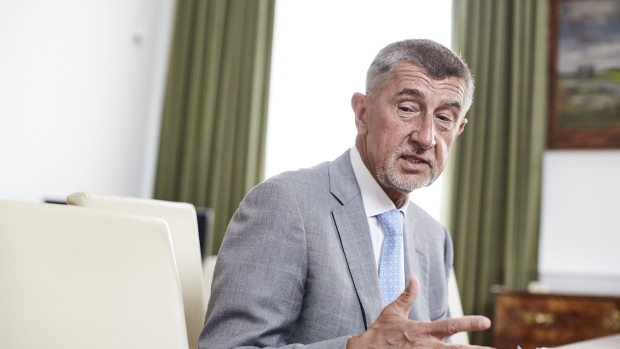 (Bloomberg) -- The Czech capital’s top prosecutor upheld a decision not to pursue fraud charges against Prime Minister Andrej Babis in a case related to the alleged misuse of European Union funds.

The move is a U-turn in a four-year investigation that has dogged the billionaire leader and triggered the biggest protests since the fall of the Iron Curtain. Babis had denied accusations that a company he founded had broken the law to tap a 50 million-koruna ($2.2 million) EU subsidy to finance the reconstruction of an agro-tourism complex.

While the case at the beginning “appeared as a simple fraudulent act,” the investigation showed that the company met the requirements to receive the subsidy in 2008, the top Prague prosecutor, Martin Erazim, said in the statement on Friday.

His decision came after the prosecutor in charge of the case decided last week against pressing charges. Friday’s announcement follows Erazim’s assessment of the initial decision, the prosecutors’ office said.

The allegations had represented a major political hurdle for Babis, forcing him into a minority government, as most mainstream parties refused to cooperate with him.

The country’s chief prosecutor still has the power to review and potentially overturn the decision.

To contact the reporter on this story: Krystof Chamonikolas in Prague at kchamonikola@bloomberg.net

To contact the editors responsible for this story: Blaise Robinson at brobinson58@bloomberg.net, Peter Laca, Michael Winfrey