An illuminated Mercedes-Benz trident logo sits on display near luxury automobiles, manufactured by Daimler AG, in the automaker's showroom in Munich, Germany, on Tuesday, July 7, 2020. , Bloomberg

Daimler AG’s earnings snapped back last quarter, with recovering car sales and cost cuts giving the Mercedes-Benz maker the confidence to predict its momentum will last through the end of the year.

Earnings before interest and taxes surged to 3.07 billion euros (US$3.6 billion) for the three months ended in September, Daimler said late Thursday. The preliminary operating profit exceeds the company’s result a year ago and far surpasses the 1.61 billion-euro average estimate among analysts surveyed by Bloomberg.

“The third quarter shows a very strong performance and provides further proof that we are on the right path to reducing the break-even of our company,” Chief Financial Officer Harald Wilhelm said in a statement. “We expect positive momentum to continue in the fourth quarter.”

Daimler coped with the biggest disruption to the auto industry in decades better than feared, though it did suffer a 1.68 billion-euro operating loss in the second quarter. Wilhelm told analysts on Oct. 6 that pricing and product mix held up well in the last three months and said the company will follow through with plans for a major restructuring aimed at reviving profit margins.

The free cash flow beat is “a solid surprise,” Philippe Houchois, a Jefferies analyst with a buy rating on Daimler shares, wrote in a report.

Daimler’s bullish fourth-quarter outlook is predicated on there being no further lockdowns to contain the spread of COVID-19. Chancellor Angela Merkel’s top health official ruled out a second nationwide shutdown earlier Thursday even as he warned Germany risks losing control over the resurgent coronavirus. The country has joined the likes of France and the U.K. in setting records for new cases this week.

Chief Executive Officer Ola Kallenius said last week that Mercedes has not lived up to its potential to turn sales success into profit growth. He said during Daimler’s Oct. 6 capital markets day that the company will put less emphasis on volume and more on improving earnings in the midst of a costly shift to electric cars. 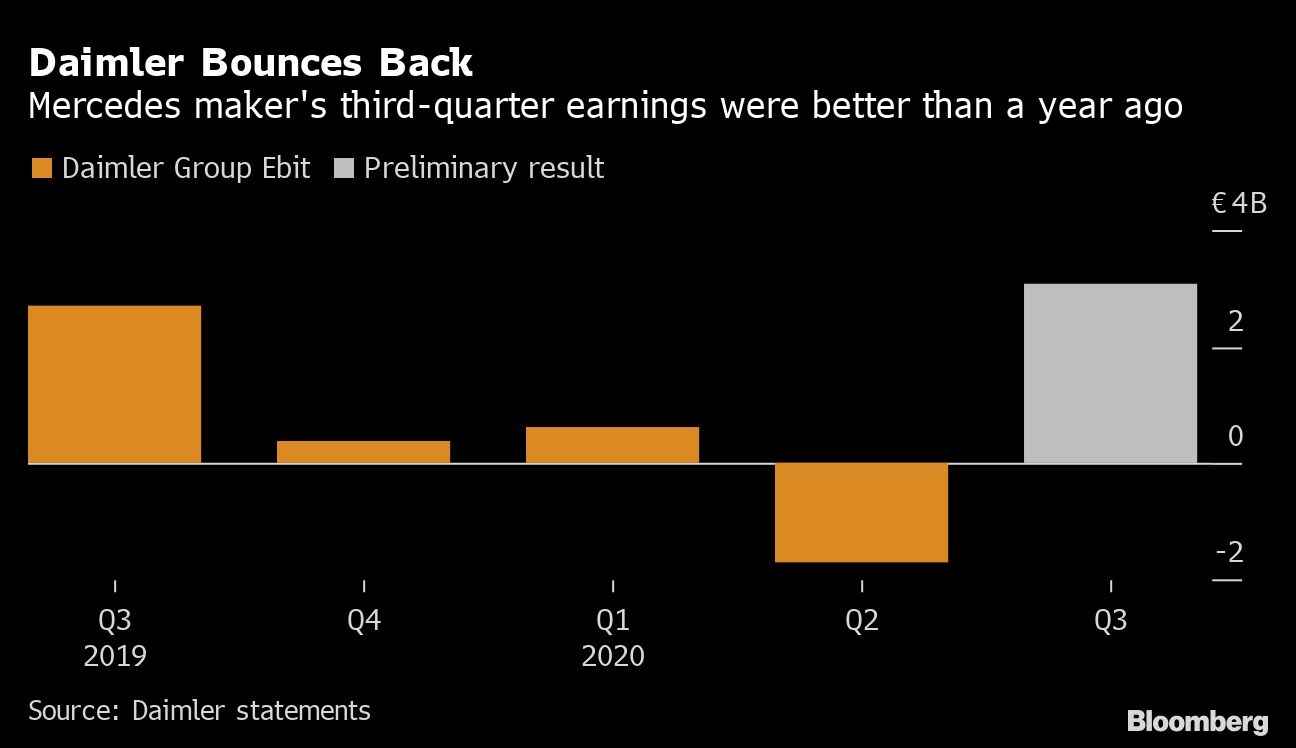