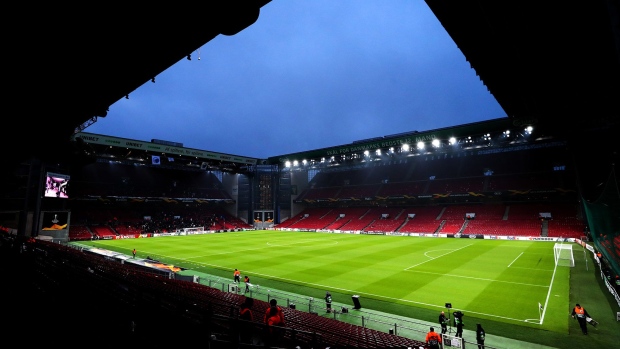 FC Copenhagen, one of Denmark’s leading soccer clubs, is planning to sell its entire real estate portfolio, including its home ground, which also serves as the country’s national stadium.

Parken Sport & Entertainment A/S, as the parent company is called, said it has started looking into a possible sale with the aim of leasing back the Copenhagen arena from the buyer, according to a statement on Tuesday.

In additional to the 38,000-seater Parken stadium in the Danish capital, the properties include four nearby office buildings and two water amusement parks in southern and western Denmark. In November, the company booked the value of its properties and buildings at about 1.9 billion kroner ($290 million).