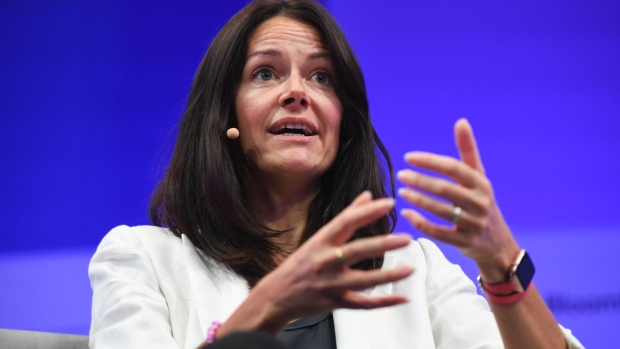 “The thing that I always come back to is that we have 7,400 customers,” she said at the Bloomberg Technology Summit in London on Wednesday. “That means 7,400 CSOs and CIOs that thought, ‘I want to see Darktrace working in our business’. That’s the key indicator for me.”

Darktrace’s shares fell as much as 33% earlier this month after US private equity firm Thoma Bravo said it did not intend to make a takeover offer for the cybersecurity company, after it was earlier reported to be under discussion.

The company has also been targeted by short seller Shadowfall, which has confirmed it had taken a position in Darktrace. The Telegraph quoted Shadowfall in January as saying that the quality of the Darktrace business is “watery-thin, driven by an aggressive, promotional, sales focus, which we doubt will stand the test of time.”

“These conversations leaked at a very, very early stage of engagement with Thoma Bravo,” Gustafsson said in a separate interview on Bloomberg Television on Wednesday. “That unfortunately became public, and in September we said that those conversations had ended.”

“We have a legal obligation to explore any such offers but if I were sat where Thoma Bravo is, I would be looking across at the UK thinking it’s a very cheap area to be able to come and potentially do some takeovers now,” she said.