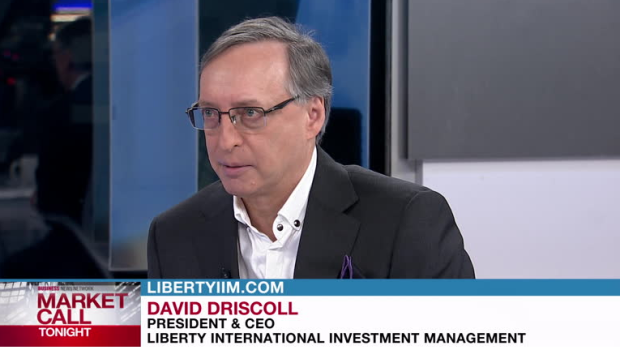 On the bullish side, the recent U.S. tax cuts should provide U.S. firms with domestic revenues to generate 20 per cent more cash for dividend increases, share buybacks and acquisitions. If the U.S. also enacts an infrastructure bill, corporate spending on plant and equipment could rise, as could further job hires or improved wages. This should promote higher earnings which could substantiate today’s high stock market valuations.

On the bearish side, inflation could begin to creep into the economy due to higher wages and greater government fiscal spending. If that occurs, the U.S. Federal Reserve will have further incentive to raise interest rates. That’s good for some stocks (banks and insurance companies), but bad for interest-sensitive names (telecoms, utilities), where the latter could have bond returns with equity risk – not a positive scenario. And if the 2-year Treasury bond (1.891 per cent) ever rose above the 10-year Treasury bond (2.481 per cent), the economy could face an inverted yield curve (bad for financial stocks) and invite a recession.

The way for investors to deal with either outcome is to buy gradually and keep some cash on hand in the event we do get a stock market selloff in 2018. There’s nothing wrong with holding some cash as successful investing is not about how much you make on the upside, but how much you avoid losing on the downside.

CN RAIL (CNR.TO)
Canada’s #1 railroad and one of the largest in North America. It operates a network of about 20,000 route miles of track spanning Canada and the United States, connecting the Atlantic, Pacific and the Gulf of Mexico. Crossing the continent north-south and east-west, CN hauls freight such as coal, forest products, petroleum and chemicals, grain and fertilizers and auto parts and vehicles. If the economy continues to expand by normal growth or with higher demand caused by U.S. tax cuts and/or infrastructure spending, the movement of resources and hard goods should be in high demand and CN Rail should be a benefactor of those trends. Last purchase was December 11th at $102.78.

COGNEX CORPORATION (CGNX.O)
Makes machine vision systems. In effect, they are the “eyes” of the robot as they make cameras that watch the movement of assembly lines in 2D or 3D to inspect for errors and defects. Their machines also read luggage tags at airports and direct the baggage to the proper carousel for faster delivery. The company was started in the 1970s by a bunch of MIT graduates but began hitting its stride in 2016. Demand has picked up quickly – its five-year revenue growth rate is 24 per cent. They have over 1,000 patents issued and pending and serve the industrial, consumer, semiconductor, life sciences and technology sectors. Its fastest growing application is logistics – it has the broadest portfolio of vision-based barcode readers for factories. It’s currently 10 per cent of Cognex’s revenues but growing 50 per cent annually. Last purchase was December 11th at $63.31.

UNILEVER (UN.N)
Makes branded and packaged consumer goods. Some of their name brands are Dove soap, Breyers, Magnum, Ben & Jerry’s ice cream, Lipton tea, and most recently razors and blades (Dollar Shave Club) and diapers (Seventh Generation); the latter two purchases made to connect with the millennials. Compared to other consumer product companies, Unilever has the most global reach in countries with growing populations, as 43 per cent of its revenues come from the Asian continent (mostly India and China). KraftHeinz has only 12 per cent exposure there. Unilever’s recent sale of its spread business (Becel, etc.) for US$6.8 billion will help it develop new brands in higher growth areas (personal care and home care) and fund a higher dividend which has grown 10 per cent a year for the past decade. Last purchase was December 11th at $57.34.

A.O. SMITH (AOS.N)
In the water business as it makes commercial and residential energy-efficient water heaters along with water purification systems in North America, China and India. Earnings continue to grow in the mid-teens with China water heater sales leading the way. However, they are just starting to earn revenues from their water purification systems in all three areas which should provide their next growth spurt.

CHUBB (CB.N)
A property and casualty insurance company. The stock price has come down from its US$156 a share high because of the disasters in California, Mexico, Houston and Florida. While the catastrophe losses total around US$4.8 billion, their actual exposure is only about 10 per cent of that amount as they buy reinsurance from other providers. And, after such disasters occur, it provides insurance companies with the opportunity to raise prices to provide their future growth.

Chubb is the best underwriter in the business as illustrated by its industry-leading combined ratio of 88 per cent, meaning the company makes 12 cents US on every dollar of policies written. It can then take that money and invest it. With its book value growing 10 per cent a year, that should be the growth expectation of the company’s shares (plus the dividend, currently yielding around two per cent).

GEMALTO (GTO.NA)
A cybersecurity firm that was recently acquired by Thales SA (HO FP) for the equivalent of 51 euros a share. Gemalto’s major shareholder has accepted the deal and it is expected to go through on December 31st. We no longer own the shares.