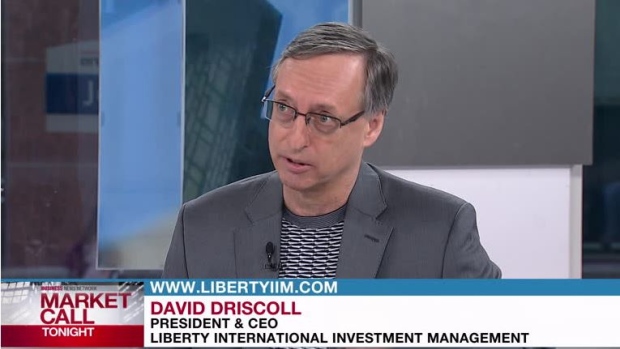 MARKET OUTLOOK
If you use traditional price-to-earnings ratios, global stock markets trade around 23 times earnings, meaning they’re at historical highs. If you look at the Shiller Cyclically Adjusted P/E Ratio, or CAPE, it currently trades at 30.36 times earnings. These are levels we haven’t seen since the periods of 1929 (The Great Depression) or 1997-2001 (the bursting of the tech bubble). We believe it’s a time to be cautious.

Much of the new highs have been caused by the heavy influx into exchange-traded funds (ETFs) or index funds and the massive marketing by the big banks and insurance companies as they get involved in the ETF “game.”

As Steven Bregman of Horizon Kinetics puts it, “basket-based mechanistic investing is blindly moving trillions of dollars. Exchange-traded funds don’t have fundamental analysts, and because they don’t question valuations, they don’t contribute to price discovery.”

From Barron’s earlier this month: “With cap-weighted indexes, index buyers have no discretion but to load up on stocks that are already overweight (and often pricey) and neglect those already underweight. That’s the opposite of buy low, sell high.”

Finally, a comment by Howard Marks of Oaktree Capital: “The large positions occupied by the top recent performers – with their swollen market caps – mean that as ETFs attract capital, they have to buy large amounts of these stocks, further fuelling their rise. Thus, in the current up-cycle, over-weighted, liquid, large cap stocks have benefitted from forced buying on the part of passive vehicles, which don’t have the option to refrain from buying a stock just because it’s overpriced.”

It’s important, therefore, for investors to tread carefully. At Liberty, new client funds are allocated into the market gradually, holding back 20% in cash earmarked for equities in case of a market selloff.

TD BANK (TD.TO) - Last Trade was July 20, 2017 at $65.43.
TD is Canada’s second-largest bank. Retail banking should provide some protection in a market selloff relative to its peers as fee incomes are more consistent than capital markets revenues. Also, TD’s exposure in the United States provides it with better potential growth because its U.S. competitors are more splintered and less efficient. Finally, rising interest rates should be helpful to TD’s future net interest margins. Dividend yield is currently 3.71% and dividends have risen 10% compounded annually for the past 5 years.

JARDINE MATHESON HOLDINGS (JMHLY.PK) - Last Trade was May 12, 2017 at $65.47.
This is a holding company based in Southeast Asia. The group’s activities include financial services, supermarkets, consumer marketing, engineering and construction, automobile vending, property investments and hotels. If China is to continue global growth, Jardine will be a main benefactor. As the U.S. dollar falls against emerging market currencies, especially the Indonesian rupiah, Jardine should be a benefactor. And if the stock market tumbles, Jardine has plenty of power dry to take advantage of cheap valuations, as it did in 2008 when Hong Kong property values dropped and it doubled its position in Hong Kong Land, a subsidiary. The value of that investment doubled within 5 years.

NEXTERA ENERGY (NEE.N) - Last trade was July 20, 2017 at $143.23.
NextEra provides sustainable energy generation and distribution services through wind, solar, nuclear and natural gas. Overall, NextEra has more than 44,900 megawatts of generating capacity, mostly in Florida. Most of their refits from coal to natural gas are complete and their solar capacity continues to grow. The stock yields 2.72% and the dividend has grown by 10% per annum for the past 5 years.

FIRST CASH FINANCIAL SERVICES (FCFS.N)
The company announced earnings today with profits up and earnings per share guidance for 2017 raised by 5%. The company now has more than 2,000 pawn shops, mostly in Mexico and South America. Gains may continue as more individuals living at or below the poverty line increase and use pawn broker services to raise cash. Also, most of the pawned inventory is gold. If the gold price rises, First Cash’s revenues should grow.

NOVOZYMES A/S (NVZMY.PK)
his is a biotechnology company that produces enzymes for industrial use such as detergent pods that have greater concentration, which involve less hot water and detergent and thereby reduce pollution. They are also involved in producing methanol from corn and in 2018 will be using enzymes with garbage landfills to produce biofuels. The first biofuel factory is expected to commence operations in the United Kingdom in 2018.

PAYCHEX (PAYX.O)
Paychex is a payroll processing and human resources company for small- and mid-size U.S. businesses of less than 50 employees. Their services reduce the need for both an accountant and comptroller in the office and the resulting dependence on Paychex’s services makes them “sticky” (hard to replace or switch). They are allowed by law to invest the payroll tax to be remitted from the businesses to the IRS bi-weekly. On a US$4-billion float, this adds to their profits when interest rates rise. For every 0.25% that U.S. rates rise, Paychex makes $3 million, or $0.03 a share, in free money.