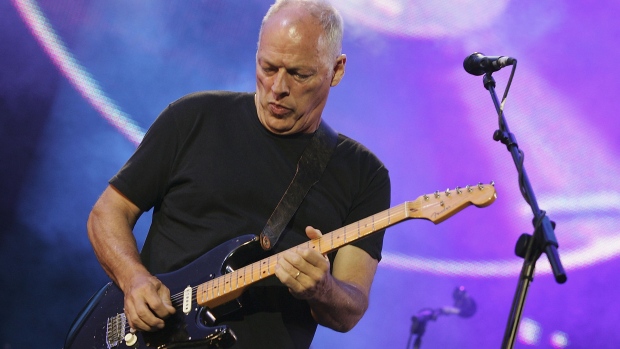 Rock legend David Gilmour is auctioning his guitar collection, including the 1969 Black Fender Stratocaster used on Pink Floyd’s most famous albums including “The Dark Side of the Moon” and “Wish You Were Here.”

The “Black Strat” headlines the sale of more than 120 instruments by Christie’s New York on June 20. The iconic, solid-body electric guitar may fetch US$100,000 to US$150,000, according to estimates on the auction house’s website. Gilmour’s white Stratocaster from 1954, used on recordings including “Another Brick in the Wall (Parts 2 and 3),” could also fetch as much as US$150,000. Proceeds will go to support charitable causes.

“Many of the guitars in this sale are guitars that have given me a tune,” he said in a video posted on the website. “So a lot of them have earned their keep.”

On the site, he tells a story from the band’s first visit to the U.S. in 1968. TWA managed to lose a guitar that Gilmour’s parents bought him the previous year for his 21st birthday and it was never found again. So he went to the famed Manny’s Music store near Time Square. He was, he said, “like a kid in a sweet shop.”

Individually, the guitars are unlikely to set records. The most expensive ever sold at auction was a Fender Stratocaster conceived by rocker Bryan Adams to raise money after the 2004 Asian tsunami for US$2.7 million. It was signed by 19 musicians including Sting, Paul McCartney, Eric Clapton and Jimmy Page. Clapton sold his for black Stratocaster US$959,540 in 2004 for charity.

Gilmour’s longtime Pink Floyd partner -- drummer and petrolhead Nick Mason -- has also been cashing in. He sold his 1974 Ferrari Dino 246 GT Spider last year for about US$500,000.