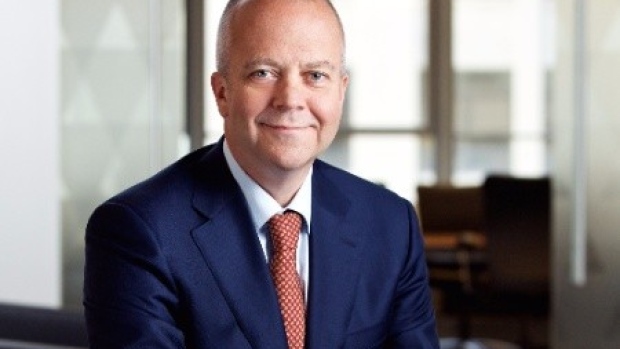 MONTREAL -- The chairman of loyalty rewards company Aimia Inc. urged shareholders to stick with the company despite seeing the value of their investments plummet over the last year.

"People have to be patient a little bit," Robert Brown said Friday during the company's annual meeting.

"As we go out in time and we approach to have the plan go beyond 2020 I think that that could be the point at which there is some more recognition for shareholders in the share price."

The Montreal-based company's share price has fallen about 80 per cent since Air Canada announced in May that it wouldn't renew its 30-year partnership when it expires in 2020.

The shares rebounded in Friday afternoon trading, rising 10 per cent to $2.09 after Aimia reported stronger than expected first-quarter results.

Brown said that a recovery won't come quickly despite difficult decisions taken by the board, adding that a reinstatement of the dividend is a long way off.

He was repeatedly grilled by a shareholder about what he saw is a misalignment of interests with the board and management who owned few shares in the company.

"There doesn't seem to be any skin in the game for management and the board," said Anish Makim.

"Compensation went up for every single executive save one on a year-over-year basis and shareholders saw an 80 per cent decline."

Makim later said in an interview that he has remained loyal to the company because he continues to believe it has untapped value and will heed the chairman's advice for a little longer.

Three new directors were elected, including Phillip Mittleman, CEO of Mittleman Brothers Investment Management who had threatened to lead a revolt.

Mittleman said he was pleased with recent efforts, including CEO David Johnston's sudden announcement late Thursday that he will leave once a replacement is found.

"I supported that...(and) the board agreed with our position and had been discussing that as well," he said before heading to a board meeting.

The company said the board and Johnston had "mutually agreed on his departure" but Brown declined to tell shareholders when such efforts began.

As Aimia's largest shareholder with nearly 20 per cent of the company, Mittleman said he's going to be an advocate on the board for creating shareholder value, something he predicted will spread among management and fellow board members.

"Stay tuned, I think you're going to see a lot of positive changes that enhance the Aeroplan program and enhance the financial prospects for Aimia."

Aimia averted a battle with Mittleman but another shareholder, 22NW Fund LP of Seattle, recently said it would vote against the existing board members, who were nonetheless re-elected.

Johnston said he was proud of the results achieved over the past year but said it was time for him to leave as strategic moves to reposition Aeroplan have started to take shape.

"I think now is the right time for new leadership to step in and take Aeroplan on that next part of its journey," he said during a morning conference call.

"As Aimia reshapes itself with a tighter business and geographic footprint, it is the right time for me to further my career elsewhere."

The company gave a glimpse of strategic changes for Aeroplan, including allowing members to select any seat on any airline, earn and redeem miles faster, use technology to allow travel plans to be completed in one place and a more personalized experience.

It will roll out more details as 2020 approaches, but Johnston said the addition of Amazon, joining Apple and Costco, demonstrates that adding more online retail partners is a focus.

Meanwhile, the operator of the Aeroplan loyalty program said it earned $21.4 million in net earnings during the quarter ending March 31 and 25 cents per adjusted share from continuing operations.

That was up from $9.6 million and a 13 cents per adjusted share in the same period a year ago.

Total revenue during the period was up slightly at $406 million during the quarter, up from $402.4 million a year ago.

Drew McReynolds of RBC Capital Markets attributed a portion of the results that beat expectation to the timing of cost savings that are forecast to reach $70 million in 2019, marketing expenses and lower stock compensation.

He added that Johnston's resignation should not come as a surprise given developments over the last 12 months and new board members.

A new board and pending new CEO "raise the question to what extent the company could now embark on a different strategic path," he wrote in a report.