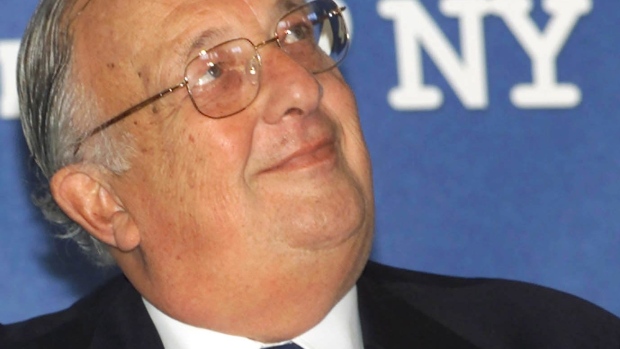 (Bloomberg) -- David Komansky, a college dropout who joined Merrill Lynch & Co. as a stockbroker and expanded the firm around the globe as chairman and chief executive officer during the bull markets of the 1990s, has died.

Komansky died Monday at 82, according to Jenn Komansky, one of his daughters. “The only thing I can say is that he was a wonderful husband and father, a wonderful friend, and everybody loved him,” she said.

As CEO from December 1996 to December 2002, Komansky added to Merrill’s network of retail brokers in Japan, Canada and Australia, making the firm’s share of revenue from non-U.S. sources higher than at any of its Wall Street competitors. When the stock market tumbled beginning in 2000, he faced criticism for having ballooned the company’s workforce to 72,000. He watched as his designated successor, Stanley O’Neal, slashed 25,000 jobs.

In 2002, Komansky agreed to step aside earlier than planned to let O’Neal become CEO. Under O’Neal, Merrill would build a huge bet on the subprime-mortgage market that ultimately led to crippling losses and the end of its run as a standalone firm.

The sale of Merrill to Bank of America Corp. in September 2008 “broke my heart,” Komansky said in a 2010 interview with Bloomberg Television. He said he regretted supporting the 1999 repeal of Glass-Steagall, the law that had previously kept depository banks separated from institutions involved in capital markets.