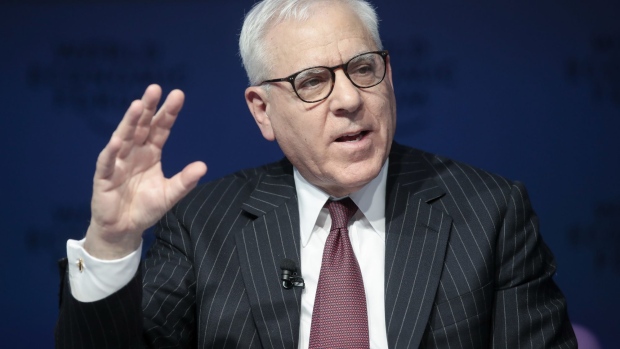 (Bloomberg) -- An investment firm backed by Carlyle Group Inc. co-founder David Rubenstein has raised money from some of the world’s super-rich, creating its first fund employing outside cash.

Declaration Partners collected $240 million from wealthy individuals and family offices to target multifamily housing and industrial properties across the US, the New York-based company said in a statement. Rubenstein is also an investor in the vehicle.

About half of the fund’s capital has already been committed, with investments including joint-venture deals for a California logistics center and student housing in Pittsburgh, as well as an apartment building in Charlotte, North Carolina, according to the statement.

“We’ve chosen to have a relatively small fund as it just increases alignment with investors,” Todd Rich, co-founder of Declaration and its head of real estate, said in an interview. “Wealthy families have had money for centuries, and they’ve only chosen to invest when they’ve had conviction and not out of some institutional pressure to allocate capital.”

Declaration is turning to some of those wealthy families as it looks to bolster its US property bets even as the nation’s real estate market cools following interest rates hikes by the Federal Reserve aimed at curbing surging inflation.

“Nobody roots for disruption,” said Rich, 44, a former executive at JBG Smith Properties. “But the fact there has been disruption in the markets leads us to have some excitement about the near-term.”

Rubenstein, 73, a former White House staffer who became a leveraged-buyout legend, built Carlyle into one of the world’s largest managers of alternative assets. He has net worth of $3.8 billion, according to the Bloomberg Billionaires Index, and also hosts a Bloomberg Television show during which he interviews business titans.

Declaration was created in 2017 with an anchor investment from Rubenstein’s family office, at first relying mostly on the billionaire’s money with executives at the firm investing alongside him on transactions. It later raised capital from other wealthy individuals on a deal-by-deal basis before deciding to launch a fund after spotting real estate opportunities and expanding its staff.

The firm now has about $2.5 billion in assets under management and more than 20 employees in offices across the US. About a half-dozen are in the real estate unit, including Matthew Cohen, who joined in 2020 from Westbrook Partners.

“We’re really hunting for idiosyncratic opportunities,” said Cohen, 40, who is a Declaration partner. “Our flexible capital can be a real advantage.”

Real estate has long been a popular asset for many of the world’s rich, from Zara founder Amancio Ortega to the Safra banking dynasty, as it offers stable cash flows, tax breaks and leverage opportunities.

Declaration Partners has about 40 investors from the US, Middle East and Latin America for its 10-year fund, which has options for its backers to extend their holding period.

Family offices are increasingly looking to invest alongside one another, said Daniel Costello, managing partner at merchant bank Participant Capital. Their long-term outlooks “are often far more aligned than with traditional funds.”