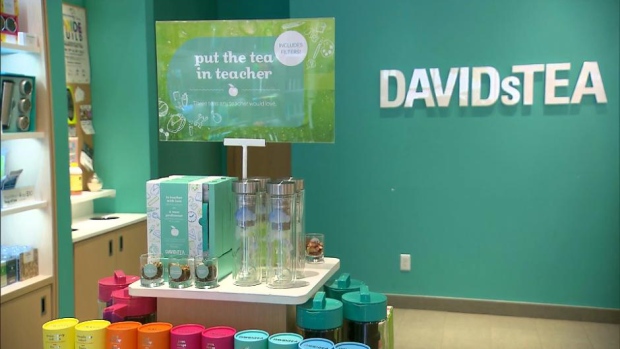 MONTREAL - DavidsTea Inc. is keeping the company's leadership within the family as its co-founder retires from the company's board of directors and is replaced by his wife, the former CEO of insolvent clothing retailer Le Chateau.

The Montreal-based beverage company, which itself completed creditor proceedings, says principal investor Herschel Segal stepped down and was replaced as chairman by Jane Silverstone Segal. Also joining them on the board is their daughter Sarah, who is chief executive.

DavidsTea says its net income surged in its latest quarter despite a 19 per cent drop in sales as it benefited from a large gain from its restructuring plan activities.

Revenues for the three months ended July 31 were $18.7 million, down from $23 million in the prior-year quarter when sales were totally online.