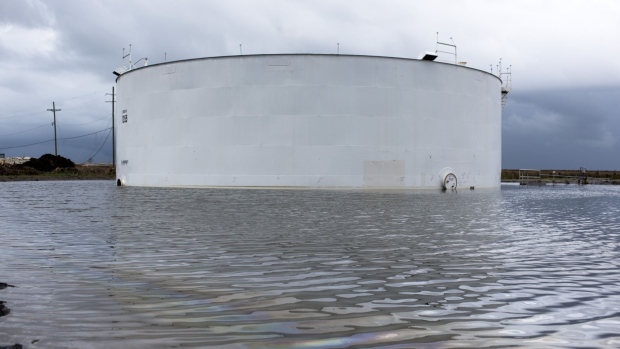 Pipes damaged by Hurricane Ida on the ground at a refinery in LaPlace, Louisiana. , Bloomberg

Five days after Hurricane Ida slammed into Louisiana, the true damage to the region’s energy infrastructure is only now starting to come to light.

The challenges for companies to get out and inspect has been as much on land as at sea. Roads have not only been inundated with water, but trees and even oilfield equipment have blocked trucks from getting through to begin the cleanup. Fixed platforms and mobile rigs have been slow to get inspectors back into the U.S. Gulf of Mexico because the helicopter companies that take them have been tackling issues at their own facilities.

The U.S. Gulf remains in dislocation still. As of Thursday afternoon, four of the region’s 15 active floating drill rigs were away from the sites they were working at before the storm, according to the Bureau of Safety and Environmental Enforcement. Workers continue to be absent from six other type of less movable drilling rigs, according to BSEE. Almost a third of the 560 manned production platforms in the Gulf remain evacuated, the government regulator said.

Here is the latest emerging in and around the Gulf as companies begin closer inspections: