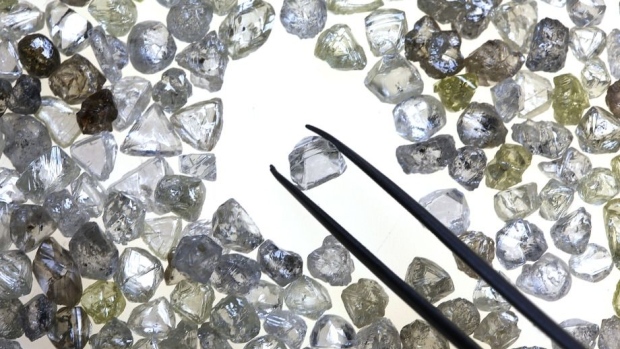 An uncut diamond is selected from a collection of colorless and colored diamonds on a sorting table at DTC Botswana, a unit of De Beers, in Gaborone, Botswana. , Bloomberg

De Beers cut diamond prices across the board as the world’s biggest producer struggles to respond to a widening industry crisis, according to people familiar with the situation.

The Anglo American Plc unit lowered prices by about five per cent for its November sale, according to the people, who asked not to be identified as the information is private. The price of some cheaper diamonds, which have been hit hard in an oversupplied market, were cut by double digits, the people said.

The current crisis already prompted De Beers to offer near-unprecedented flexibility to buyers, but until now it has held relatively firm on maintaining prices. Customers have grown increasingly frustrated as a slump in polished-diamond prices meant that profit margins on trading diamonds turned wafer thin or disappeared altogether.

De Beers holds 10 sales events each year in Botswana, where its chosen buyers --- known in the industry as sightholders -- are given a box containing plastic bags filled with diamonds. De Beers made less than US$300 million in each of the past three sales, which is unprecedented in data going back to 2016.

The company is expected to publish the results of the November sale next week. 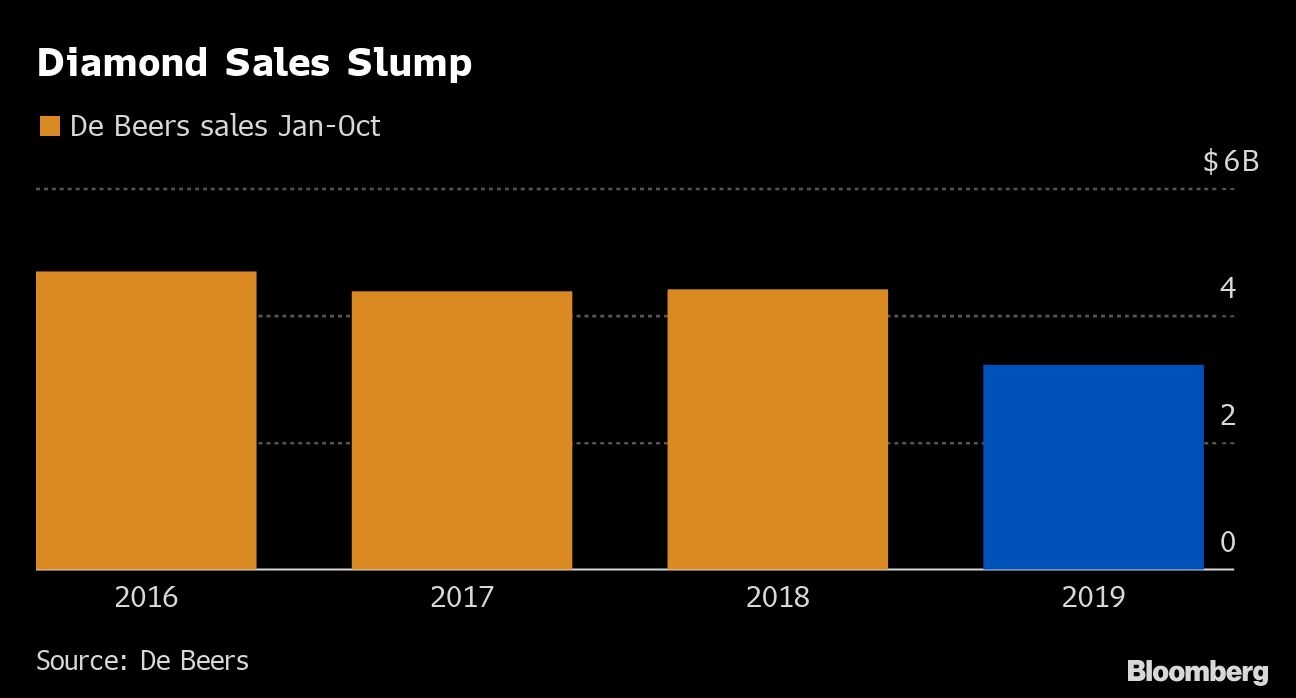 The industry’s problems are centered around an oversupply of polished diamonds that led to much steeper price drops than for rough stones. At the same time, tighter bank financing and currency fluctuations have hurt traders, cutters and polishers.

De Beers responded by allowing buyers to defer purchases and offering better terms through a complicated buyback system. The concessions, together with weak demand, resulted in tumbling sales.

The company sold just US$295 million of diamonds in its eighth sale of the year, 39% less than a year earlier, it said Oct. 3. Its sales so far this year are more than US$1 billion lower than a year ago.

Still, De Beers has insisted that the current weakness doesn’t mean demand has softened for the diamonds it mines and sells. Last week, the company released data that showed demand for diamond jewelry rose 2.4 per cent last year, while the crucial U.S. market, where almost half of all diamonds are sold, increased 4.5 per cent.