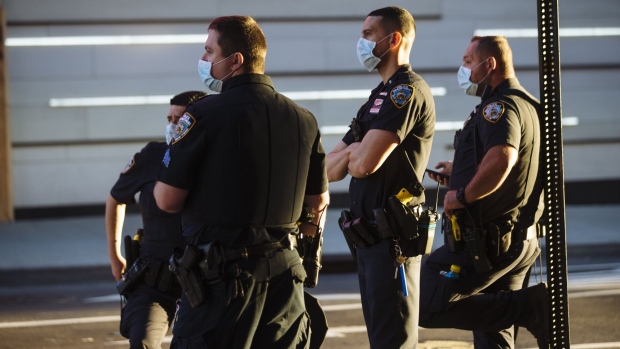 (Bloomberg) -- With demonstrators gathered Tuesday outside City Hall demanding a $1 billion cut in the police budget, Mayor Bill de Blasio and the City Council came to an agreement on the last day of the fiscal year that includes canceling the incoming class of July police recruits.

That move will reduce the 36,000-officer force by 1,100 and save $80 million, according to a City Hall source not authorized to release the information before its official announcement.

The city’s budget, which has been reduced by roughly $8 billion since January to about $87 billion, includes an estimated $1 billion in spending reductions to the department, some of which will be diverted to social services. That hasn’t satisfied activist groups, who say portions of the savings aren’t coming directly out of the department’s $5.9 billion operating budget, and other cuts, such as school safety officers, have been shifted to the education department.