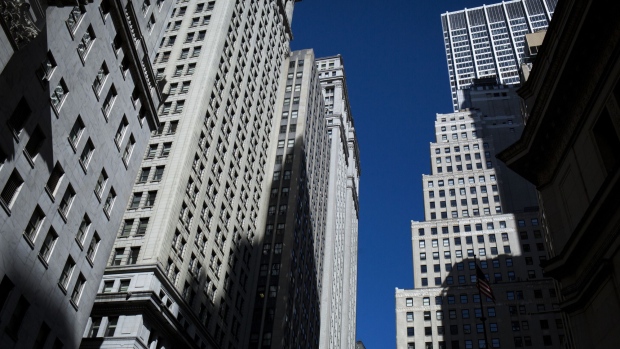 Dealmakers expect a rapid rise in activity in the second half of the year, forecasting that divestitures and all-stock deals could lift the worst takeover slump in years.

As governments reopen economies ravaged by the pandemic, chief executive officers and boards are starting to think about dealmaking, after raising money to shore up balance sheets, according to Goldman Sachs Group Inc.’s Co-Heads of Global M&A Dusty Philip and Michael Carr.

Industries such as technology may lead the way out, they said, with deals also coming from badly hurt sectors such as energy where companies must transact to stay alive.

“What we have learned from the past is that sharp declines in the M&A market have led to sharp recoveries, so we’re expecting a strong second half with higher levels of M&A,” Philip said. “The vast majority of discussions are on hold but many clients remain in a strong position and on the front foot with respect to deploying capital for M&A.”

The bank’s analysis of three crises over the past 30 years shows that M&A takes a couple of years to return to full throttle, Carr said. But this recovery is already in its “second wave,” where companies are trying to gain scale through mergers of equals and asset sales to focus on core businesses, he said.

Telefonica SA and billionaire John Malone’s Liberty Global Plc agreed this month to combine their US$39 billion U.K. operations, while Coty Inc. agreed to sell its Wella and Clairol brands to buyout firm KKR & Co. in a US$4.3 billion deal. Uber Technologies Inc. has made an offer to acquire Grubhub Inc., people familiar with the matter said this week.

Global M&A has fallen 45 per cent this year with US$619 billion in announced deals, according to data compiled by Bloomberg.

“There will be some industries like oil and gas that will need to do something -- they suffered a double hit from the pandemic and also low oil prices and may have to look to transact as a matter of survival,” he said. 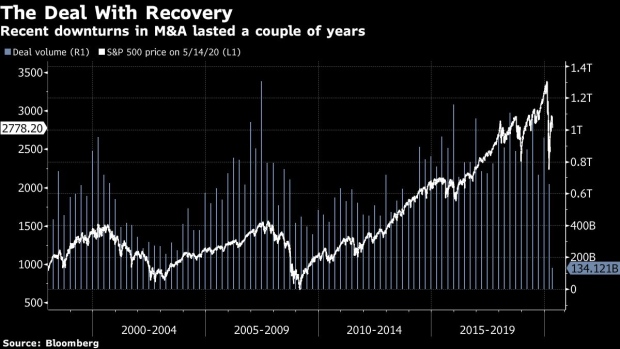 A recent survey from consulting firm Ernst & Young found that companies are preparing to transact.

Over half of the more than 1,000 senior executives polled said they expect to divest assets in the next 12 months, in part to fund technological investments, according to the firm’s annual Global Corporate Divestment Study. About two-thirds said they’d reshape their portfolios to prepare for a post-pandemic economy.

“More companies than ever say they are holding onto assets too long,” the firm said. “As they face even tougher, and likely more limited, capital allocation decisions in a disrupted business environment, they will need to reshape their portfolios.”

The pandemic will also affect how deals are done, according to Goldman Sachs’s Philip.

He expects clients to focus more on environmental, social and governance issues when it comes to deals.

“What you will see, for example, is companies looking at their portfolios with specific carbon footprint targets in mind or consider synergies in the context of how employees and communities are going to be looked after,” he said.