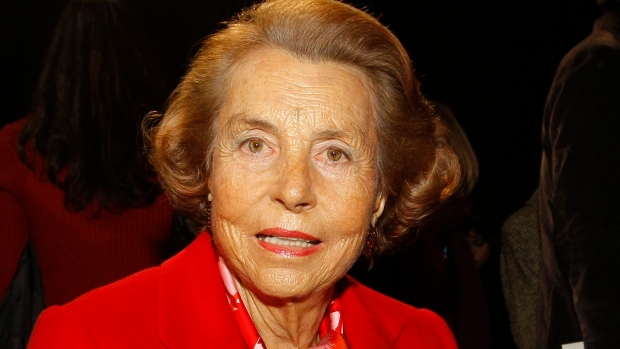 The death of billionaire Liliane Bettencourt focused attention on Friday on how L'Oreal's founding family and major shareholder Nestle would manage their stakes in the world's biggest cosmetics firm.

Bettencourt, listed by Forbes as the world's richest woman and heiress to the company started by her father, died at the age of 94, relatives said late on Thursday.

Bettencourt's family owns 33 per cent of L'Oreal. Relatives including her daughter have managed the stake for several years since a court found she was suffering from a form of dementia.

Nestle retains a 23 per cent stake in the company.

The death of the matriarch signals a potential shift in L'Oreal's ownership. A 43-year-old agreement between the family and Nestle not to increase their stakes will expire after six months. There were no restrictions on reducing the stakes.

"Speculation will now inevitably be re-ignited around Nestle's intentions toward its L'Oreal stake," analysts at Jefferies said.

"This holds out the prospect of L'Oreal either buying in the stake, or perhaps even Nestle buying L'Oreal outright."

Bettencourt's only daughter Françoise Bettencourt-Meyers, who sits on L'Oreal's board with her husband and one son, has said the family remained committed to L'Oreal and its management.

"While the Bettencourt family has reasserted its commitment to the group, Nestle's position is more in doubt," said Gregoire Laverne, fund manager at Roche-Brune.

Nestle's stake was worth 23 billion euros (US$27.6 billion) before Friday's share price rise.

Questions over Nestle's investment in L'Oreal have intensified since June when activist shareholder Third Point disclosed a holding in Nestle and urged the Swiss group to dispose of an investment which is worth more than 10 percent of its own market value.

Nestle has long said the stake was strategic and financial and its thinking has not changed, according to a source familiar with the matter.

Nestle conveyed its condolences to the Bettencourt family on Friday. Beyond that, a spokeswoman said: "This is not the right time to make any further comment."

Over the years there has been speculation that Nestle might try to acquire L'Oreal outright, but that view is less common now that Nestle reduced its stake from 31 per cent in 2014 and loosened the companies' ties by taking over the Galderma dermatology joint venture they shared.

What is more, Nestle has pivoted toward nutrition and health while L'Oreal is focused on beauty products.

"We think a disposal in the medium/long-term is more likely than a takeover," said analysts at UBS.

Nestle's new chief executive Mark Schneider, who began his role at the turn of the year, will lay out his strategy next week at an investor meeting in London.

L'Oreal being controlled by two large shareholders has helped insulate it from unsolicited takeover bids like the one Unilever received this year which rippled through a packaged goods sector battling slowing growth.

Any decline in the influence of the two big investors could make L'Oreal more vulnerable, an industry banker said on Friday, but noted that its $117 billion market value limited any pool of suitors.

L'Oreal is seen as a willing and able buyer of Nestle's stake, and could use its 9 per cent holding in drugmaker Sanofi, worth about 9.5 billion euros, to fund it. Sanofi shares were up just under 1 percent.

Jefferies estimates that if L'Oreal bought back Nestle's entire stake in financial year 2018, it would end up with net debt 2.9 times EBITDA, which it called affordable.

However, buying all the shares and cancelling them would create complexities.

A reduced share count would lift the Bettencourts' ownership to 43 per cent, a level that could force them to launch a takeover bid for the company under French rules, although there are exemptions.

One way around that would be for Nestle to do an exchange offer, as suggested by Third Point, in which it would give its shareholders L'Oreal shares in exchange for their Nestle ones.