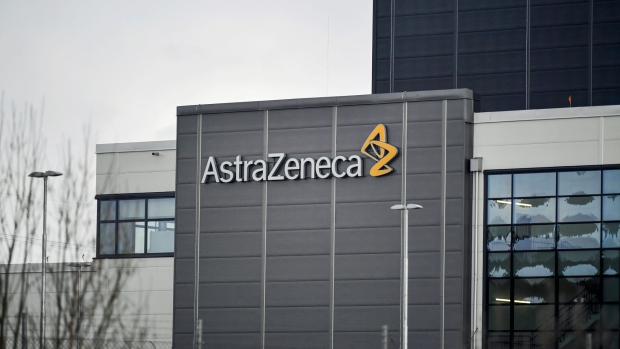 A participant who died during a trial of AstraZeneca Plc’s COVID-19 vaccine in Brazil hadn’t received the company’s shot, according to a person familiar with the matter.

The person asked not to be identified because the information isn’t public.

Brazil’s health authority Anvisa said it had been informed on Monday of the study volunteer’s death and had received a partial report from an international committee assessing the trial’s safety. That committee suggested the trial should continue, Anvisa said in a statement.

AstraZeneca, which is developing the vaccine with the University of Oxford, said it can’t comment on individual cases because of confidentiality and clinical trial rules. Oxford has no concerns about the safety of the vaccine trial after an independent and careful review, and Brazil’s regulators have recommended that it continue, university communications head Stephen Rouse said in statement.

AstraZeneca’s American depositary receipts fell as much as 3.3% in New York on Wednesday afternoon after word of the person’s death, but trimmed most of those losses in recent trading.

A clinical trial of the vaccine in the U.S. has been on hold for more than a month. Studies were halted globally in September when a U.K. participant became ill, but have resumed in the U.K., Brazil, Japan, South Africa and India in recent weeks. While temporary pauses in vaccine studies are common, AstraZeneca and Oxford have faced pressure to disclose more information about the U.K. episode.

Japan’s Ministry of Health has requested details from AstraZeneca on the death in the Brazil trial, Chief Cabinet Secretary Katsunobu Kato said Thursday. The ministry continues to work with companies to ensure proper vaccine trials are taking place in Japan, he said.

Interruption of the U.S. trial raised concerns about the prospects of one of the world’s fastest-moving shots and highlighted the hurdles researchers face when developing a vaccine. Another vaccine maker, Johnson & Johnson, said earlier this month that it would pause its trial to investigate an illness in a study participant.

Both the AstraZeneca and J&J vaccines are based on adenoviruses, cold germs that researchers have used in experimental therapies for decades, and the two paused trials have raised questions about the approach.

AstraZeneca told analysts in early October that it expected the U.S. study could resume this year and that global approval would be determined by results in tests outside the U.S.

--With assistance from Riley Griffin and Lisa Du.