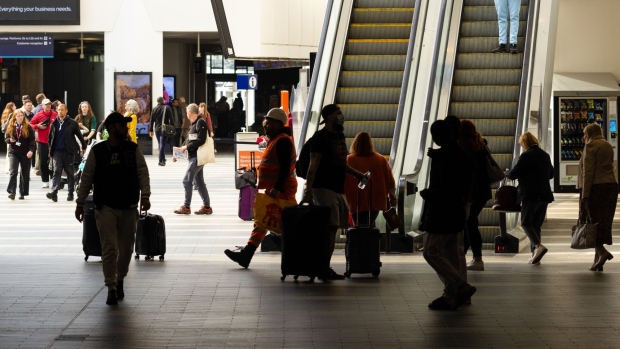 (Bloomberg) -- Decades of falling trade union membership has left British workers £100 a week worse off, according to new research.

The analysis by the Resolution Foundation and the London School of Economics found that the balance of power has shifted decisively toward employers, with wages marked down by as much as 25% as a result.

“Within one generation, the UK has gone from a country with high union density and centralized bargaining, to one of weak unions and decentralized bargaining,” said Pawel Bukowski, a research fellow at the LSE’s Centre for Economic Performance. “This contributed to sluggish real wage growth and growing wage inequality.”

The findings come as workers seek pay increases to keep up with the fastest inflation in 40 years, with varying degrees of success. Strikes are now breaking across the economy, threatening a summer of industrial strife.

Companies in their first decade are a third less likely to acknowledge trade unions than older firms, harming union attempts to grow their membership, the study argued.

Last year, only 3% of workers in the private sector had their wages set at the national or industry level. In the public sector, the figure was 67%.

Additionally, the number of employees taught job-transferable skills has almost halved to 5.5% in the past decade, severely limiting their mobility and leverage in the labor market.

“Recent rail strikes and warnings of wage spirals and industrial action give the impression that workers have the upper hand as Britain battles with double-digit inflation,” said Hannah Slaughter, senior economist at the Resolution Foundation. “In reality, worker power has been in decline for decades.”