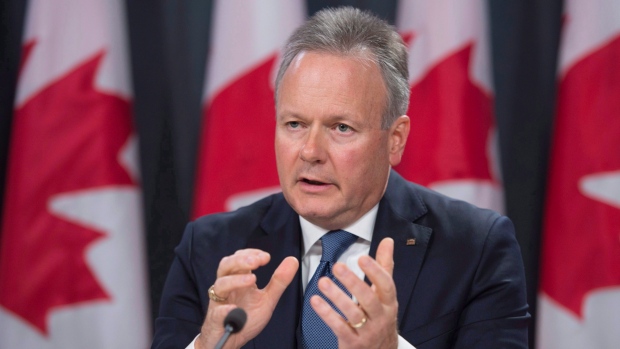 When your words can send the nation’s currency soaring or spur frantic selling in the stock market, you want to choose them carefully.

And while central bankers aim to walk a fine line, it doesn’t always work out that way.

On Monday, Bank of Canada Governor Stephen Poloz told a House of Commons committee that the bank’s “best plan right now, we think, is to wait for the next 18 months or so.”

Currency traders, economists and the media took that to mean the bank was on hold when it comes to interest rate policy for the next year and a half. The Canadian dollar, accordingly, spiked as the comments crossed the wires.

Problem is, that’s not what Mr. Poloz was apparently trying to say – and the bank later pointed out the comments referred to Canada’s economy getting back to its full potential.

“The combination of a two-part question, and the governor’s attempt to give a combined answer, resulted in a statement that was open to misinterpretation,” the bank said in an emailed statement.

It was, in layman’s terms, an ‘oops’ moment. But Canada’s central banker is not alone.

In 2013, the governor of the Reserve Bank of Australia was attempting to lighten things up during a speech after leaving rates unchanged.

Meant as a light-hearted joke, Glenn Stevens said the bank’s board “deliberated for a very long time” before deciding to stand pat on rates.

And perhaps no words are as closely watched as those from the lips of the U.S. Federal Reserve chair.

In March 2014, Janet Yellen held her first post-rate decision press conference as chair. In attempting to explain what the Fed meant by “considerable time” passing between the end of its bond-buying program and a rate hike, she offered this seemingly off-the-cuff remark:

“It’s hard to define. But, you know, probably means something on the order of around six months, that type of thing.”

Traders quickly did the math, concluded a rate hike was coming faster than what the market had priced in, and the markets sold off.

Perhaps, then, it’s better to speak in cryptic analogies when explaining monetary policy, the economy and financial stability. Poloz is no stranger to that.

WEIGH IN: What’s the best option for stimulating Canada’s economy?

Here’s a sample of his more colourful musings:

“It brings to mind the sailors of another era who were driven far off course by a nasty storm. When things calmed, they found themselves in the Southern Hemisphere. Suddenly, the navigational chart that they relied on – the night sky – was completely different.”  (In reference to monetary policy)

“It's like if the tree in the backyard has a crack in it. You worry it’s vulnerable to a storm. But if no storm happens, it goes on and on, and maybe eventually strengthens through growth. If the right storm comes along and knocks it onto your neighbour's house, you've got a problem.” (In reference to financial stability risks from high consumer debt)

We’ll leave it to you to decide what Poloz was trying to convey.