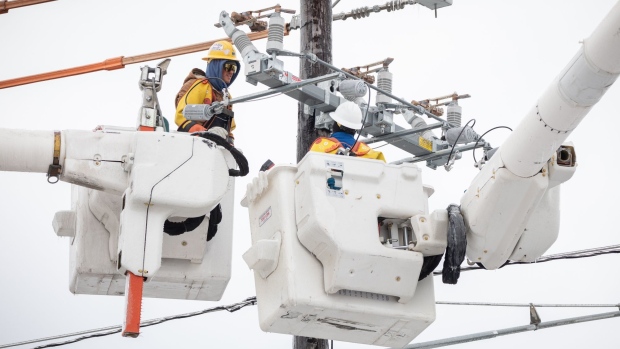 (Bloomberg) -- The financial impacts of the cold blast that wreaked havoc in U.S. natural gas and power markets are beginning to emerge.

Atmos Energy Corp. and Just Energy Group Inc. were the latest to disclose the hits they suffered from the weather-driven squeeze in gas supplies and widespread blackouts last week that paralyzed Texas, the second-most populous U.S. state. Atmos said it racked up as much as $3.5 billion in extra gas costs while Just Energy warned it may not survive. Shares in both companies sank.

With the breadth and depth of fallout from the crisis still unknown, the aftermath could have long-term consequences for how gas and power producers, distributors and consumers do business. Years-long legal battles over heretofore mundane contract provisions appear to be a certainty. The calamity that began on Feb. 14 during a holiday weekend deprived millions of Texans of heat, lights and water for several days, shuttered refineries and other manufacturing plants, and prompted Governor Greg Abbott to call for the resignation of the state’s grid chief.

Atmos expects to be full reimbursed for the additional costs, which included service territories in Kansas and Colorado as well, according to a statement on Monday. The company was “evaluating a number of financing alternatives including available cash, short-term debt, long-term debt, and equity,” it said on Friday. Atmos has about $3 billion in total liquidity, including about $800 million in cash. Atmos fell 4.9% as of 11:22 a.m. in New York.

Meanwhile, Just Energy warned its losses may reach $250 million. The retail power and gas seller was unable to finalize fourth-quarter results and may have trouble continuing as a going concern. The shares plunged 30% in Toronto.

Algonquin Power & Utilities Corp. said 2021 earnings may be reduced by as much as $55 million after the cold snap hindered operations at its Texas wind farms. Innergex Renewable Energy Inc. also said it’s anticipating losses while RWE AG said its onshore wind and solar segment could be negatively affected in the range of “a low to mid three-digit million euro amount” after it had to buy electricity amid surging prices to meet supply obligations.

The deep freeze that upended the U.S. energy market also produced winners. Macquarie Group Ltd. said the wild swings in gas and electricity prices delivered a windfall of as much as A$270 million ($210 million). The bank, which is the second-biggest physical gas supplier in the U.S. behind BP Plc, raised its profit forecast, citing increased demand for gas- and power-supply services.