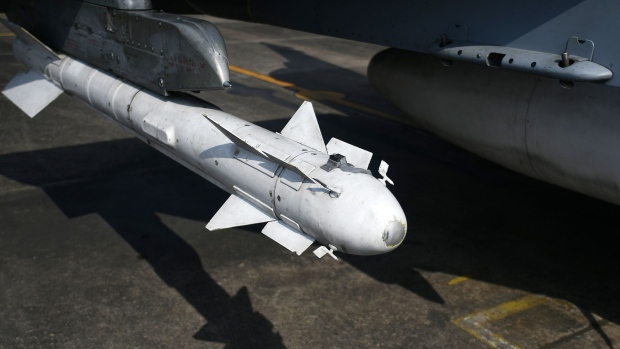 (Bloomberg) -- Hindustan Aeronautics Ltd. led gains in local defense manufacturers on Thursday after India’s government said it will buy 83 indigenously made fighters -- the Tejas Light Combat Aircraft -- manufactured by the state-owned company at an estimated cost of $6 billion.

HAL shares climbed 9.5% in Mumbai, the most in five months. Bharat Electronics Ltd. and Bharat Dynamics Ltd. climbed at least 3% each, outperforming the 0.2% advance in the benchmark index.

The decision to purchase the fighter jets for 457 billion rupees ($6.2 billion) was approved at a meeting of the cabinet led by Prime Minister Narendra Modi on Wednesday, the Defence Ministry said in a statement. The purchase includes 73 LCA Tejas Mk-1A fighter aircraft and 10 LCA Tejas Mk-1 Trainer aircraft.

Modi is keen to modernize the country’s defense forces amid threats from nuclear-armed neighbors China and Pakistan. The latest decision is a blow to global defense majors, including Boeing Co., Lockheed Martin Corp. and Sweden’s Saab AB, who were waiting to supply 114 jets, the world’s largest deal in play. The bids for that deal were invited nearly three years ago.

The Indian Air Force needs about 750 fighters to deploy along its western and northern borders simultaneously but currently has less than 550 fighters. The fleet is also old and, as an emergency measure, the government had bought 36 medium-multi-role fighters from the French defense giant Dassault Aviation.

The indigenous fighters have been in the making for over three decades with huge cost overruns and technical issues plaguing the project. Earlier, the air force had ordered 40 Tejas fighters of which 17 have been delivered, the current 83 fighters are an advanced version of the aircraft.