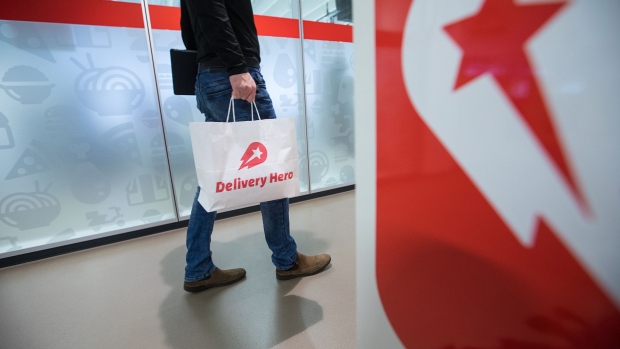 (Bloomberg) -- Delivery Hero SE sought to reassure investors with an accelerated plan to reach profitability by next year driven by its Asia business despite a broader slowdown in the food delivery industry.

While growth has eased following a pandemic surge, the Berlin-based company said Tuesday it will generate positive adjusted earnings in fiscal year 2023. It also forecast the value of transactions on its platform will grow 7% this quarter from the second quarter.

The company hasn’t set a timeline for generating free cash flow yet but an update may come soon, according to Chief Executive Officer Niklas Oestberg. “The path is pretty clear,” he said in an interview.

Last month, Delivery Hero cut its outlook for sales and orders for the year, joining others in the the industry that have slashed growth projections. However, the company also said it would buy back convertible bonds and that its margins would be better than expected.

Competitors such as Deliveroo Plc and Just Eat Takeaway.com NV previously announced plans to boost revenue and cut costs as orders decelerate after a period of rapid growth during lockdown restrictions.