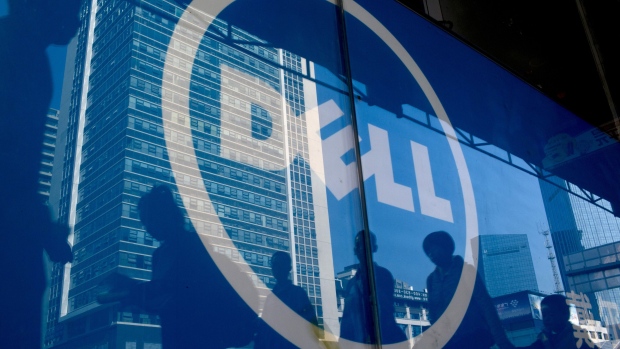 Sales will be as much as US$24 billion in the quarter ending in January, Chief Financial Officer Tom Sweet said in a conference call. Analysts, on average, projected US$24.9 billion. Profit, excluding some items, will be US$1.50 to US$1.80 a share, compared with analysts’ average estimate of US$1.61

Forecasting for the upcoming fiscal year is difficult as economic uncertainty is dampening IT spending intentions, Sweet said on the call. “Some customers have paused purchases in the near term.”

The disappointing forecast came after Dell had reported stronger-than-expected sales and profit in the fiscal third quarter. Sales slipped 6 per cent to US$24.7 billion in the period ending Oct. 28, the Round Rock, Texas-based company said Monday in a statement. Profit, excluding some items, was US$2.30 a share, compared with analysts’ average estimate of US$1.60.

The sales decline was due to an ongoing slump in demand for personal computers, which generate about 55 per cent of Dell’s total revenue. That segment slipped 17 per cent in the fiscal third quarter, in line with estimates, led by a 29 per cent plunge in consumer sales.

The shares, which had increased as much as 8.8 per cent after the results were announced, gave back all of the gains, falling about 2 per cent in extended trading after the forecast. The stock closed at US$41.07 in New York and has declined 27 per cent this year.

Dell isn’t alone in seeing falling computer demand. Global PC shipments dropped more than 19 per cent in the third quarter, according to Gartner Inc., the steepest decline since the industry analyst began tracking the metric in the mid-1990s. As economic and political uncertainty has made companies more selective with information technology spending, computer upgrades haven’t been high priorities, wrote Mikako Kitagawa, a Gartner analyst.

Meanwhile sales from Dell’s Infrastructure Solutions Group, which includes its technology services, increased 12 per cent to US$9.6 billion from a year earlier. Server and networking sales climbed 14 per cent to US$5.2 billion, while storage revenue gained 11 per cent to US$4.4 billion.