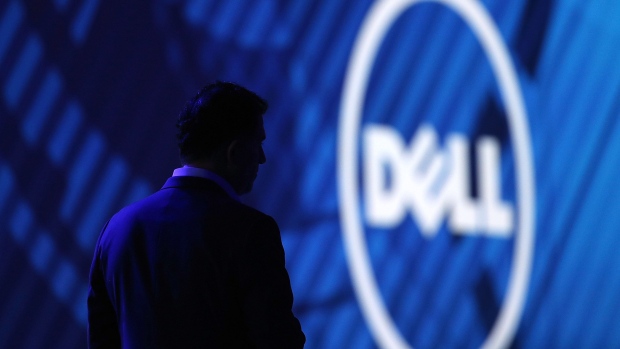 Dell Technologies Inc. reported quarterly revenue and profit that were better than projected on greater sales of personal computers to businesses with employees working from home, even while server demand waned.

Revenue was US$21.9 billion in the period that ended May 1, little-changed from a year earlier, the Round Rock, Texas-based company said Thursday in a statement. On average, analysts estimated US$20.8 billion, according to data compiled by Bloomberg. Dell generated profit, excluding some items, of US$1.34 per share, easily beating analysts’ projection of 95 cents.

Chief Executive Officer Michael Dell has been the architect of a strategy to offer diversified information technology. The company makes PCs, data-center hardware, cybersecurity products and other software. The resulting empire was saddled with debt, which the company has prioritized paying down to have an investment-grade credit rating. Dell reported it repaid US$5.4 billion in debt during the fiscal first quarter, leaving it with US$48.4 billion in long-term debt.

To save costs during the recession caused by the coronavirus pandemic, Dell has frozen hiring, raises, promotions and contributions to its employees’ 401(k) retirement plans, Bloomberg News reported this month. During Donald Trump’s tenure as president, Dell has shifted its supply chain away from China where possible to avoid the worst effects of the trade war with the U.S. That decision looks to have paid off, with Dell’s PC business holding up better than that of rival HP Inc., which on Wednesday reported declining PC sales partly due to supply disruptions.

“Since February, almost everything in the world has changed,” Chief Financial Officer Tom Sweet said in the statement. “What remains unchanged is our ability to deliver for customers and run the business in a disciplined way for the long-term -- with an emphasis on growth, share gain, and a strong capital structure.”

Fiscal first-quarter revenue in Dell’s personal computer division, called the Client Solutions Group, climbed two per cent to US$11.1 billion from a year earlier. Dell said there was “double-digit unit and revenue growth” in laptops sold to businesses in the quarter as well as “high-single-digit revenue growth” in mobile workstation computers. Overall, the commercial PC business gained four per cent to US$8.63 billion. Consumer PC sales declined five per cent to US$2.47 billion.

Sales in Dell’s data-center hardware unit, called the Infrastructure Solutions Group, dropped eight per cent to US$7.57 billion. Servers and networking gear sales fell 10 per cent while storage hardware dipped five per cent. The company attributed the drop to customers spending more on “remote work and business continuity solutions” rather than server farms.

VMware Inc., the publicly traded software maker that Dell owns more than 80 per cent of, saw revenue advance 12 per cent in the first quarter, to US$2.8 billion.