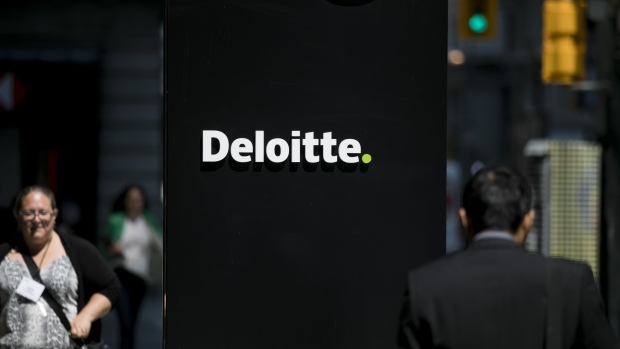 Deloitte will start laying off workers in the U.S. in the coming weeks, a sign that the widespread shutdown of businesses is spilling over into industries where people have been working remotely.

Dan Helfrich, who oversees more than 50,000 workers as chief executive officer and chairman of Deloitte’s consulting arm, said on an internal call Friday that the cuts will affect about five per cent of workers, according to two employees with knowledge of the call. Although an exact figure wasn’t given, that would suggest that about 2,500 jobs could be eliminated.

It wasn’t immediately clear which employees may be at risk, but the cuts won’t be made evenly among the various groups that Helfrich oversees, the people said, who asked not to be identified discussing an internal company matter.

There’s growing concern among some consultants who aren’t currently assigned to a project with a client that they’ll be first in line to lose their jobs, one of the people said.

In response to questions about layoffs, Jonathan Gandal, a Deloitte spokesman, said that the firm is “aligning our resources with our clients’ evolving needs” as part of its fiscal year-end performance review process. He said demand for Deloitte’s services “continues to be strong and we are doing all that we can to minimize the impact on our people in this unprecedented environment.”

Other firms have also moved to pare costs in the face of an economic slowdown that could be lengthy. Last month, consulting firm Aon Plc said almost three-quarters of its employees would face pay cuts of roughly 20 per cent.