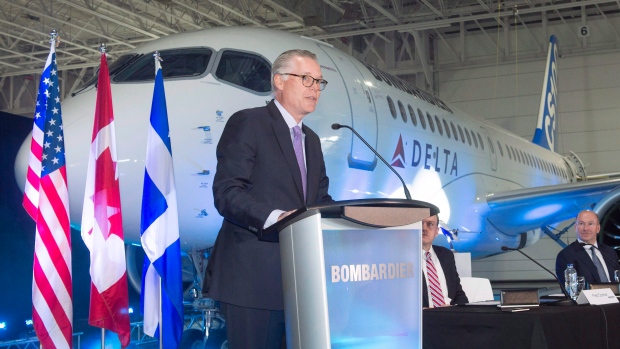 Delta Air Lines (DAL.N) Chief Executive Ed Bastian said on Wednesday that he does not expect the U.S. government to impose stiff duties on jets made by Bombardier (BBDb.TO).

Boeing's (BA.N) complaint that the Canadian company is doing business unfairly was "absurd," he said at the Skift Global forum in New York.

The dispute relates to C-series jets produced by Bombardier for Delta.

"How this is somehow a U.S. trade dispute [is] bizarre," Bastian said, adding Boeing's claims were the "ultimate hypocrisy."