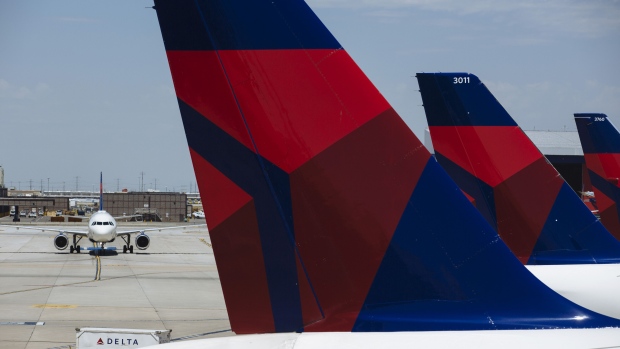 Delta Air Lines said Friday it will invest US$1 billion over the next 10 years in measures designed to offset climate-warming carbon emissions from its planes.

Delta said the money would go into things such as boosting fuel efficiency and investing in efforts to remove carbon from the atmosphere by planting trees and restoring wetlands.

Aviation accounts for about 2 per cent of global carbon emissions, but those emissions are rising with the growth in air travel. Airline industry officials worry about the emergence of flight-shaming -- reminding people of airplanes' toll on the environment -- and its potential to reduce demand for air travel.

Airlines have taken small steps, including investments in alternative-fuel start-ups. They also point to their purchase of newer, more fuel-efficient planes in recent years.

However, revolutionary changes such as powering a large number of airline jets with electricity or biofuels are seen as years if not decades away.

Delta, which has an older fleet on average than many of its major competitors, has gotten poor marks for fuel efficiency.

In a report last September, the International Council on Clean Transportation ranked Delta eighth among 11 U.S. airlines in fuel efficiency per passenger on domestic flights in 2017 and 2018. Delta finished slightly ahead of American Airlines but behind Southwest and United. Frontier Airlines ranked first thanks to its newer jets, more direct routes, and more passengers per flight than most rivals.

"We will continue to use jet fuel for as far as the eye can see," CEO Ed Bastian told CNBC. "We will be investing in technologies to reduce the impact of jet fuel, but I don't ever see a future that we are eliminating jet fuel from our footprint."

Flight-shaming drew headlines last year when Greta Thunberg, the young Swedish climate activist, sailed across the Atlantic instead of flying to speak at the United Nations. Few people can opt for a sailboat trip, but in parts of Europe, flight-shaming is credited with increasing travel by train.

The U.N.'s aviation body, the International Civil Aviation Organization, adopted a plan that calls for airlines to voluntarily start offsetting their increase in carbon emissions starting this year.

At a Delta investor conference in December, Bastian called environmental stewardship "the existential threat to our future ability to grow. You see it happening in Europe. It is increasingly coming here to the U.S."

Atlanta-based Delta is the world's largest airline by revenue. For 2019, it reported net income of nearly US$4.8 billion -- an increase of 21 per cent -- on revenue of US$47 billion.