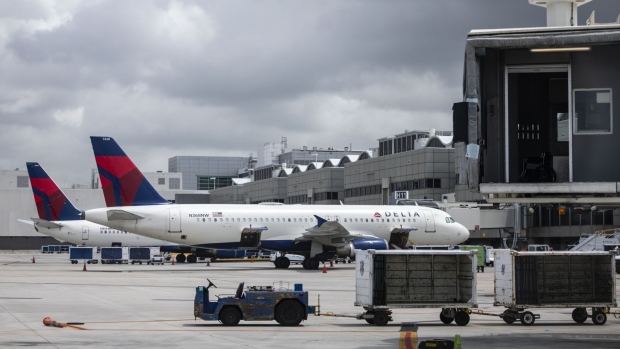 (Bloomberg) -- Delta Air Lines Inc. will hire more than 1,000 pilots by next summer to support its expected recovery from the devastation of the pandemic and an expansion of its route network.

Domestic leisure travel will return to pre-pandemic volumes this month, John Laughter, Delta’s operations chief, said in a memo to flight-operations employees Monday. Travel restrictions across the Atlantic should ease in the second half of the year, he said, building on recent market openings in Spain, France, Italy and Greece.

U.S. airlines have been expanding flights in recent weeks to accommodate consumers who are packing planes for long-delayed vacations and family reunions. About 20% of Delta employees took early retirement or left voluntarily during the height of the pandemic last year, and more than half took unpaid leaves of varying lengths.

“This is all good news, but we should keep in mind that while our leisure customers are coming back, our fares aren’t back at the same level,” Laughter said. Delta has said it expects to report a profit for the month of June.

American Airlines Group Inc. canceled 950 flights scheduled for the first two weeks of July after the faster-than-expected rush to travel led to crew shortages. The carrier also scrapped 500 flights over the weekend and into Monday as poor weather at two of its hubs worsened the pilot shortfall.

Delta will start the first training class this week for pilots who had received conditional job offers before coronavirus devastated travel demand. The Atlanta-based airline also said it would add 13 crew schedulers and a supervisor.