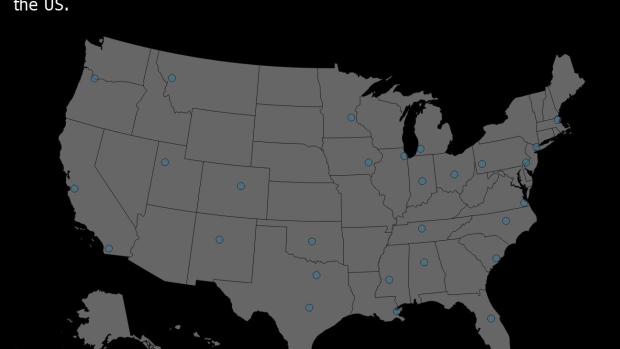 Inquiries for donor milk have risen by 20% since the beginning of the shortage, said Lindsay Groff, the executive director of the Human Milk Banking Association of North America. That follows a record year of distribution: The HMBANA’s member banks dispensed 9.2 million ounces to the families and hospitals of babies in need in 2021, a 22% increase from 2020, Groff said. Calls from those who are interested in donating milk are picking up, too.

Demand for donated milk is “likely to increase as these things go on and the shortage continues and people are feeling more stressed and scared and desperate,” Groff said.

The increased interest comes amid skyrocketing out-of-stock rates for formula that have put pressure on the White House to take steps to ease the supply crunch. Human milk banks, though, can only provide so much relief: They are relatively scarce in the US, and the cost of their offering is often greater than for formula.

There are 28 milk banks accredited by HMBANA in the United States, with an additional three in Canada. Banks accept donations that have been dropped off at specified locations or have been overnighted to a given facility, before being screened, tested, and pasteurized. The US Food and Drug Administration recommends against using milk that has not been vetted, though it was not involved in establishing those guidelines.

Donor milk can cost anywhere from $3 to $5 an ounce. Some formula labels can cost $1 per ounce, while others sell for about 50 cents per ounce, Parents magazine notes. (That’s without any potential price increases due to scarcity or price-gouging.)

Milk banks often work with parents to address costs, such as sliding-scale programs and fundraising efforts to cover costs. And many parents consider the price tag worth it.

Laura Herold, a mom in Brooklyn, New York, said her five-month-old was first given donor milk in the hospital shortly after her birth. Herold kept purchasing it after being discharged.

Donor milk is largely considered by experts to be the gold standard if breastfeeding is not an option, given its ability to decrease the risk of life-threatening diseases, especially for preemies. But doctors also warn against shaming parents for using formula, given the myriad cultural, economic, and biological hurdles that might make formula-feeding the only viable option.

Milk banks prioritize sourcing milk to what Groff with the HMBANA calls “medically fragile” babies, such as those born prematurely. Families and caregivers of healthy infants can receive up to 40 ounces of breast milk without a doctor’s prescription. Serving all of those who are interested may prove challenging: Donations became scarcer earlier this year, coinciding with a widespread return to work — a shift that meant many lactating parents were coming back to workplaces that lack dedicated pumping rooms, sufficient breaks, or paid parental leave.

Doctors have  recommend against both homemade formulas as well as diluting supplies on hand to stretch resources. Some retailers are currently limiting the maximum number of formula products to three per customer, and parents are setting up online alerts and coordinating with one another in Facebook groups and other forums for support.

Even when the formula supply chain improves, Groff expects resilient demand for donor milk. “Babies are born every day, and not every parent can breastfeed,” Groff said.