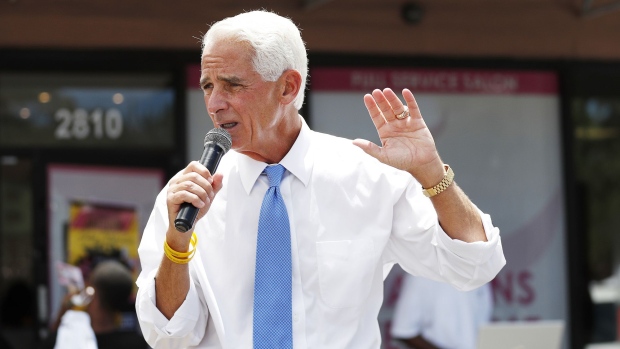 (Bloomberg) -- Representative Charlie Crist said Tuesday he is running for governor of Florida again, as one of the key races of 2022 gets underway in earnest.

Crist, a Florida Democrat, previously held the office from 2007 to 2011 -- but as a Republican. He launched his campaign with a video criticizing GOP incumbent Ron DeSantis, who is a rising star in his party and is in the top tiers of some polls for the Republican presidential nomination in 2024.

“Today, Florida has a governor that’s only focused on his future, not yours,” Crist said in a campaign video he tweeted on Tuesday, which blasts DeSantis’s Covid-19 response.

DeSantis is unlikely to face any major challengers for the GOP nomination.

But Crist isn’t the only notable Florida Democrat who is likely to run for governor of the Sunshine State. There’s also widespread speculation that Agriculture Commissioner Nikki Fried will make a bid for the job.

Democrats are eager to seize back control of the U.S.’s largest swing state, which broke for Republican Donald Trump in 2016 and 2020.