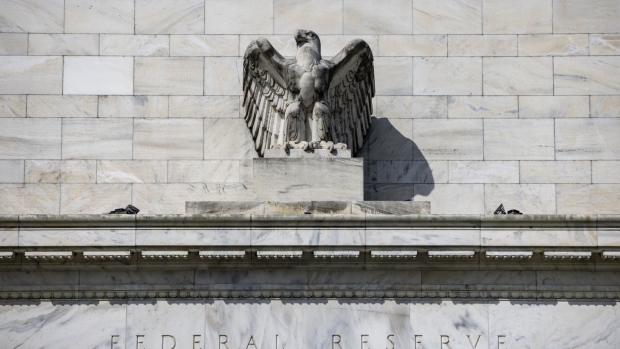 The Marriner S. Eccles Federal Reserve building in Washington, D.C., U.S., on Sunday, Oct. 3, 2021. The global economy is entering the final quarter of 2021 with a mounting number of headwinds threatening to slow the recovery from the pandemic recession and prove policy makers' benign views on inflation wrong. Photographer: Samuel Corum/Bloomberg , Bloomberg

Only 5% of the Fed’s overall workforce identifies as Hispanic or Latino, the central bank’s data show. Meanwhile, just 9% of the organization’s economists with doctorates are Hispanic and 1% are Black, the lawmakers wrote in the later issued Thursday.

“The lack of diversity at the Federal Reserve is not only harmful to these underrepresented groups,” said the letter led by Menendez, the highest-ranking Latino in Congress. “It has a negative impact on the Fed’s ability to promote maximum employment and price stability, the safety and stability of the financial system, and consumer protection and community development.”

Diversity at the Fed has been under increased scrutiny as the Biden administration seeks to replace Dallas Fed President Robert Kaplan and Boston’s Eric Rosengren, who both stepped down following revelations of unusual trading during 2020.

In the institution’s 107-year history, there have only been three Black members of the board of governors and only three nonwhite Federal Reserve Bank presidents, according to The Brookings Institution. Signatories of the letter also included New Jersey’s Cory Booker and Raphael Warnock, the first-ever African-American senator from Georgia.