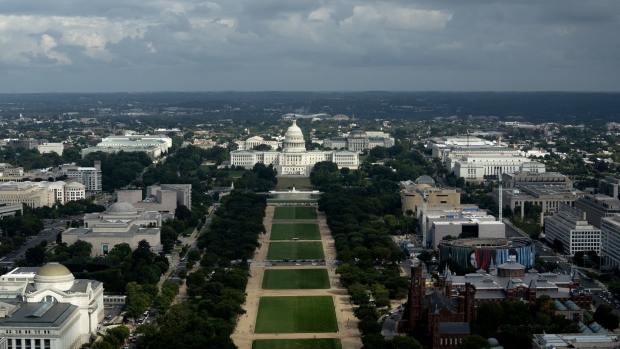 (Bloomberg) -- House Democrats’ plan to limit a favorite tax break for private equity -- but not do away with it entirely as President Joe Biden had proposed -- is more restrictive than it first appeared, according to investment advisers and attorneys who’ve examined the details of the proposal.

The proposal, which is part of a $3.5 trillion tax and spending package that House leaders say could get a vote by Oct. 1, lengthens the time period investment funds must hold assets to five years, from three years, in order to qualify for a tax break known as carried interest.

While that appeared softer than the Biden pitch to kill the benefit -- endorsed by Senate Finance Committee Chairman Ron Wyden -- House Democrats still had penciled in the same revenue-raising estimate. One reason why: their proposal includes a host of other changes, including new parameters about when the five-year holding period starts, restrictions on partners entering and exiting the funds and limits on the longstanding tax break on transferring partnership stakes.

The changes could mean that some investment funds have to hold much longer than five years to qualify for the lower tax rates, depending on how the Treasury Department implements the change, if it gets enacted.

“What looks on its face to be five years could actually be eight years,” said Eric Sloan, a partner at law firm Gibson, Dunn & Crutcher who advises private equity firms. “That is a big deal.”

The clock on the investment holding period doesn’t begin until a fund has invested “substantially all” of its committed capital -- a period that can take anywhere from two to four years for many private equity funds.

Failing to hold investments for long enough to qualify for preferential rates under carried interest can mean much higher tax rates. Under current law, fund managers can pay long-term capital gains rates of 20% on their proceeds if they meet all the carried interest requirements in the tax code, as opposed to the income-tax rate; the top marginal rate is currently 37%.

The House bill has proposed to raise the capital gains rate to 25% and the top income rate to 39.6% -- leaving in place the incentive to qualify for the lower rate.

While critics of the tax break want it eliminated in part as a measure of fairness, proponents say it encourages long-term investment.

“An unintended consequence of this proposal is that partnerships would be treated differently from any other business in the economy, punishing entrepreneurs upon the sale of their business, built over the course of decades, by not affording them the benefit of long-term capital gains treatment,” he said in a statement.

Not all tax advisers are worried. Jerry Musi, who counsels private equity firms in his role at accounting firm RSM US, says the House proposal is a “little slap on the wrist.” He said he’s advising clients to hold on to investments longer and looking at ways to gift carried interest to lower-taxed individuals.

Yet investment holding periods have become shorter, rather than longer, over time, according to Alex Anderson, a partner at law firm O’Melveny & Myers. He said he’s seeing far more private equity sales after holding portfolio companies for about 3 1/2 to four years. That’s down from the roughly six years that had been considered the rule of thumb for average hold times, he said.

What Congress means by “substantially all” of the assets that need to be invested could also have a big effect on how quickly investment funds could qualify for lower tax breaks. The term “substantially all” appears many times in the tax code, but it is defined in regulations to mean anything from 30% to 90%, depending on the specific area of the tax code, said Marc Schultz, a partner at Snell & Wilmer.

The House could vote as soon as next week on the legislation, which would then need to pass the Senate. Restricting the carried-interest provision is politically important to many Democrats, despite only being estimated to raise $14 billion in the context of a $3.5 trillion bill.

On the Senate side, Wyden has favored outright elimination of carried interest, as well as restrictions on other tax preferences for fund managers. Democrats are aiming to pass a final bill out of Congress this fall, with weeks or months more of negotiations still to come.

“We are responsibly funding these policies by simply asking those who are doing extremely well to pay just a bit more, so that all members of the American family can live with dignity and stability,” House Ways and Means Committee Chairman Richard Neal said in a statement last week.