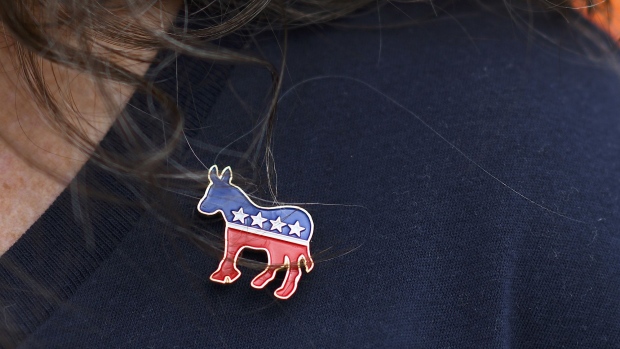 (Bloomberg) -- The Democratic National Committee raised $9.9 million in August bringing its 2021 total to $110 million, both record amounts for a year before an election, according to a person familiar with the party’s fundraising.

More than half of the haul in August, traditionally a slow month for raising money, came from small-dollar donors, who gave $5.2 million. So far this year, grassroots contributors have combined to give $58.4 million, also a record amount for an off-year. The strong grassroots support has helped the DNC amass a $67.8 million war chest, money that will be used in the midterm battle with Republicans for control of the closely divided Congress.

The DNC might still trail its Republican counterpart in cash on hand. The Republican National Committee reported having $79 million in the bank at the end of July.  The RNC’s favorable cash balance comes from the windfall it enjoyed thanks to former President Donald Trump’s post-election fundraising, when he repeatedly and falsely blamed widespread election fraud for his loss, and claimed he needed to raise money to challenge the results in court.

Both parties are due to file monthly reports with the Federal Election Commission Monday. The DNC’s counterpart, the Republican National Committee, has yet to file.

Republicans have a chance to regain control of the House after losing the chamber in the 2018 elections. The party went on to lose the presidency in 2020 and the Senate early this year.

The House is narrowly divided, with Democrats holding 220 seats compared to 212 for Republicans and three seats vacant. The Senate is split 50-50, with Democratic control resting on Vice President Kamala Harris’s ability able to cast a tie-breaking vote.