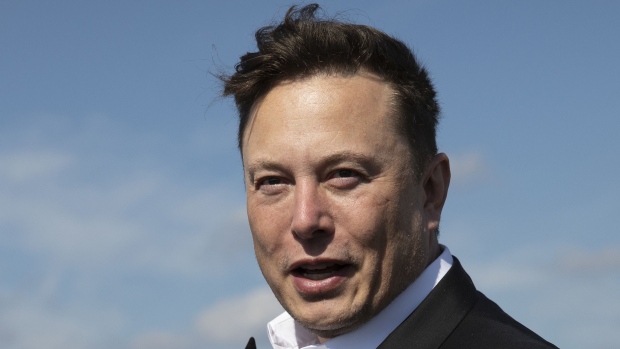 (Bloomberg) -- With their latest tax proposal, Democrats are going after an elusive target: U.S. billionaires, and their growing piles of untaxed investment gains.

More than $5 trillion is held by Americans worth at least $1 billion, according to the Bloomberg Billionaires Index. This exclusive group -- more than 800 U.S. billionaires are now tracked by the index -- has more than doubled its collective net worth in the last five years.

Yet as the wealth of America’s billionaires soared, their tax bill didn’t rise by the same extent. Under the rules, investment returns are only taxed when assets are sold, and the wealthy have the flexibility to only rarely sell, if ever.

For Democrats, that’s a problem that requires a creative -- some say outlandish -- solution. Specifically, a “billionaire’s tax,” which would be an unprecedented annual levy on the investment gains of America’s richest.

Some billionaires are outraged by the idea. “We should not be attacking wealthy people,” hedge fund manager Leon Cooperman said. “Are we a capitalist nation or are we a socialist nation?”

“Eventually, they run out of other people’s money and then they come for you,” Elon Musk, the world’s richest person, tweeted Monday evening. Musk’s fortune has grown by $119 billion since the start of the year.

An analysis last month by White House economists argued the wealthiest Americans are under-taxed when you take into account a broader definition of income that goes beyond the amounts reported to the Internal Revenue Service each year and includes unrealized gains. The Council of Economic Advisers economists estimated the 400 richest families paid a rate of 8.2% on $1.8 trillion in income from 2010 to 2018.

Advocates of the proposal, which is being championed by Senate Finance Chair Ron Wyden of Oregon, say it would combat inequality by hiking the effective rate on billionaires, ensuring that the gains of the very wealthy are taxed more like the salaries of middle-class Americans.

Under current rules, the ultrarich can entirely avoid income taxes by holding assets until they die. If they need money -- and many have far more than they could ever spend in a lifetime -- they can borrow against their assets, a tax-avoidance strategy known as “buy, borrow, and die.”

“Those three things get them out of paying taxes,” Wyden said earlier this month. “Nurses and firefighters pay taxes every year, and under my plan, billionaires will, too.”

The proposed tax wasn’t Democrats’ first choice, but it has gotten attention from policymakers in recent days after Senator Kyrsten Sinema, a moderate Democrat from Arizona, reportedly threw cold water on more traditional ideas to raise revenue, including an increase of the corporate tax rate.

In a CNN interview on Sunday, Treasury Secretary Janet Yellen took pains to distinguish a billionaire’s tax -- “a tax on unrealized capital gains of exceptionally wealthy individuals” -- from a wealth tax, an idea for an annual levy on the fortunes of the wealthy that, as a candidate, Biden opposed.

Cooperman, 78, called the proposal “stupid,” saying it turns the “tax structure upside-down,” and fans the flames of class warfare. He said he supports an end to tax loopholes like the one for carried interest, which allows some private equity managers and venture capitalists to pay lower rates on one of their main forms of compensation. Cooperman is worth $2.5 billion, according to the Bloomberg Billionaires Index, though he said that number is too low without elaborating.

Ultrarich Americans are currently under no obligation to disclose their net worth to anyone, including the IRS. That makes it difficult to gauge just how much a billionaire’s tax would raise.

House Speaker Nancy Pelosi told CNN on Sunday that the proposal was still being drafted and was expected to raise $200 billion to $250 billion in revenue over 10 years. Estimates based on the Bloomberg rich list suggest the tax could raise far more than that, particularly if the wealth of the top 0.001% continues to surge.

The Bloomberg index estimates that U.S. billionaires have increased their total net worth by around $1.2 trillion, or 29%, in the last 12 months alone. The vast majority of that is in the form of unrealized gains.

One person who stands to be hugely affected is Musk, who’s worth $288.6 billion, according to the index. Musk’s fortune is up 70% this year alone because of the soaring values of Tesla Inc., the publicly traded electric-car company he co-founded, and SpaceX, his private rocket business.

Taxing unrealized gains like Musk’s will require creating a new tax regime. Some worry the levy would create too many administrative and compliance issues, problems that have plagued previous efforts to tax wealth at the top.

“Many of the richest people in America own private businesses that are quite hard to value and seem likely to be excluded,” said Eric Zwick, a finance professor at the University of Chicago Booth School of Business. “The tax could end up exempting a lot of wealth held at the top, which is what we’ve seen with these taxes in Europe.”

To make the levy easier to administer, it would be narrowly focused on those with $1 billion in assets or three consecutive years of $100 million or more in income. Publicly traded assets -- which are easier to value on an annual basis -- would be treated differently from private assets.

Stocks and other publicly traded assets would be marked to market each year and trigger an annual tax based on their performance. If a billionaire’s assets lost value in a given year, they’d take a deduction on their taxes for those losses.

Gains on private assets -- including harder-to-value assets like real estate, art and private companies -- would escape the annual levy, and only be taxable when sold. However, to prevent billionaires from moving assets out of public markets to avoid the tax, these illiquid assets would incur interest on their deferred gains, an extra charge that would be paid when the owner eventually sells an asset.

For Musk, the new plan could mean a huge tax bill on his embedded gains in Tesla, which makes up the bulk of his fortune. For SpaceX, which he owns about half of, Musk would have more time to pay because it’s a private company. The rocket company was recently valued at more than $100 billion.

In years when markets slide, the proposal could mean people getting refunds. Dan Gilbert, who owns the NBA’s Cleveland Cavaliers and founded mortgage lender Rocket Cos., for example, could get a tax deduction this year if the plan was in place. Gilbert, worth about $30 billion, has seen his net worth drop $3.6 billion this year as Rocket shares have fallen 18%.

Despite potential difficulties, the tax could end up raising hundreds of billions, and perhaps trillions, of dollars in revenue over time. About two-thirds of American billionaire wealth is in the form of public companies, according to an analysis of Bloomberg data, and asset values have ballooned recently.

So far this year, the very largest U.S. fortunes -- the 169 Americans who are among the 500 richest people in the world -- have about $516 billion in unrealized gains on public and private assets, including options.

The total collected could be especially astronomical in the first year of the tax, when billionaires would be required to pay taxes on any built-in gain on their tradeable assets up until now. The current top rate on capital gains is 23.8%, suggesting the tax could bite off a large piece of fortunes fueled by wildly successful companies like Amazon.com Inc., Alphabet Inc. or Microsoft Corp.

More than half of the 25 richest Americans hold shares of public companies that they founded or acquired for very little compared with their present value. For these 13 billionaires, total unrealized gains add up to more than $1 trillion. The proposal would allow billionaires to pay this initial tax over five years rather than all at once.

Jeff Bezos, the second-richest person in the world with $192.6 billion, would also be hugely affected by the proposal. Nearly all of Bezos’s $170 billion Amazon stake would be taxable because it was worth practically nothing when he acquired it. The same is true for Mark Zuckerberg, whose fortune is almost entirely made up of his $119 billion in Facebook Inc. shares.

But many other billionaire fortunes aren’t so simple. Bill Gates, the fourth-richest person on the planet with more than $130 billion, has a complicated portfolio made up of private businesses, real estate and more than a dozen public companies. Larry Ellison, founder of software maker Oracle Corp. and the eighth-richest person, owns 98% of a Hawaiian island along with one-third of the housing stock, a grocery store, the gas station and the newspaper there.