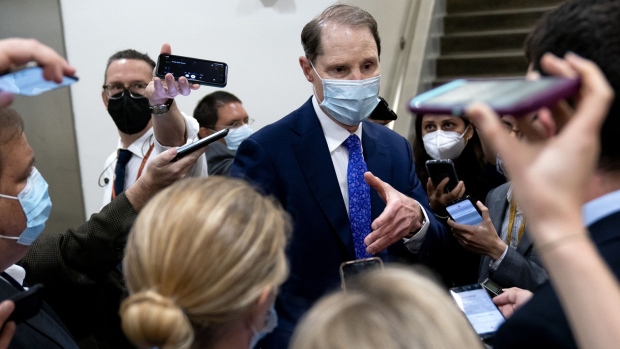 The tax aimed at the unrealized capital gains of the ultra wealthy has emerged as an alternative to raising revenue by increasing income tax rates on top earners and corporations.

Tax policy is one of the issues that has been hindering an agreement among Democrats on an expansive package that includes spending on social programs and addressing climate change. Democratic Senator Kyrsten Sinema has blocked Biden’s original plan to raise rates on individuals and companies.

But the billionaires’ tax is hitting resistance from some Democrats in the House and Senate. Michigan Representative Dan Kildee called it a “stunt,” and Ways and Means Chair Richard Neal of Massachusetts has questioned whether it is feasible.

“I have not heard a single member of Congress get up and say that it is OK for billionaires to pay little or no taxes for years on end,” Wyden said in response to such criticism. “The fact is that unless you try an approach like ours, you’re not going to get billionaires” to pay taxes, he said.

The Finance panel estimates the levy would hit about 700 of the richest Americans -- those with $1 billion in assets, or three consecutive years of $100 million or more in income. It would apply to assets like stocks, bonds, real estate and art, with gains in value taxed on an annual basis, even if the asset is not sold.

Senate Republican leader Mitch McConnell has denounced it as a “harebrained scheme.” GOP Senator Chuck Grassley questioned whether such a tax would be constitutional.

Democrats are driving to reach a deal among themselves by this week, before Biden leaves for meetings with other world leaders in Europe.

“There’s not that much more time,” House Speaker Nancy Pelosi said after meeting with House Democrats Tuesday morning. “We have to have decisions largely today.”

But getting a deal this week appears unlikely given the differences that remain between House and Senate Democrats on some key issues -- including taxes, healthcare and measures to address climate change, and considering the complexity of the legislation. Progressive Democrats are continuing to insist that they won’t vote on a separate infrastructure bill without a firm deal on the larger package.

“We are just missing two things. What exactly is going to be in the bill and how we’re going to pay for it? Other than that we are good to go,” Pennsylvania Representative Brendan Boyle said.

In an effort to push the process along, top Biden officials met at the White House with several groups of Democratic lawmakers Tuesday. Several House members said as they left the meeting that they are ready to move forward, even though it will be substantially less than the $3.5 trillion originally envisioned.

“We will not let the perfect be the enemy of the good,” California Representative Jackie Speier said.

Democrats have been inching toward an agreement on a version of the spending plan that can pass Congress with their razor-thin majorities. Sinema and Senator Joe Manchin of West Virginia, whose votes are pivotal in the 50-50 Senate, have been holding out for changes that are shrinking the cost and scope of the plan.

“We’re finally talking among ourselves down at the ‘Can I really live with this level?’” she said.

During the meeting with House Democrats, Pelosi said the party should embrace whatever compromise because it would still represent substantial progress on the party’s agenda.