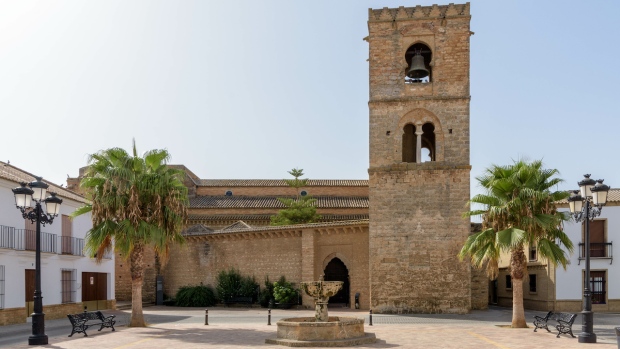 Denarius Metals’ principal focus on the Lomero-Poyatos Project in Spain.

A typical electric vehicle uses five times more copper than a gas- or diesel-powered vehicle. With the market for EVs expected to grow by leaps and bounds in the next decade, the race is on to find sources of the red metal to meet increased copper demand.

Copper is just one of many metals that the world will need in the years ahead.  It will also require zinc for the galvanizing of iron and steel against corrosion, lead for car batteries, and silver to support the growth of both EVs and solar power. Finally, the world will need gold as a hard money alternative to fiat currencies, which are increasingly getting eaten up by inflation.

In this environment, Denarius Metals’ international portfolio of muti-metals projects primes the company to provide leverage on a variety of metals.

“Lomero-Poyatos has already got everything in place that you would dream of having in more remote locations.” — Serafino Iacono, CEO and Executive Chairman, Denarius Metals Corp.

Denarius Metals dabbles in a variety of international mining projects

Denarius Metals recently changed its name from Denarius Silver to reflect the polymetallic nature of its flagship Lomero-Poyatos project in Spain.

Denarius owns both this polymetallic project and the Guia Antigua project in Colombia. It offers geographic as well as metal diversification on a portfolio that ranges from exploration to near-term production of multi-metal assets.

Better still, its projects are located near significant infrastructure, including proximity to a 4.4 million tonnes per annum processing plant in the case of Lomero-Poyatos. Between this location near a major copper producer and access to paved highways and power, Denarius’ CEO and Executive Chairman, Serafino Iacono says, “Lomero-Poyatos has already got everything in place that you would dream of having in more remote locations.”

Both Lomero-Poyatos and Guia Antigua have been the recent targets of exploration drilling. The work has returned high-grade mineralization consistent with the properties’ history and the prolific nature of neighbouring deposits.

When it comes to high-grade base metals exploration, Spain is the place to be

Southwestern Spain, where Lomero-Poyatos is located, is home to the eastern limb of the Iberian Pyrite Belt that transects Spain and Portugal. The belt is renowned for being the largest and most mineral endowed volcanic massive sulphide (VMS) region in the world.

Spain itself is a mining-friendly jurisdiction with an abundance of deposits producing metals for the European and global economies. The Huelva region that is home to Lomero-Poyatos has a rich mining history that dates to Roman times. Iacono comments, “this is a community that lives off of the mining industry.”

Indeed, the Spanish government has pledged some €5 million to the Andalucia region in Spain, which includes Huelva. The goal is to help make the region a mining center for the electrification of Europe.

With a drill program underway to verify and upgrade that resource, Denarius expects to generate a new resource update and a scoping study for Lomero-Poyatos in the third quarter of 2022.

In addition to the strong base metal content at the project, drilling on the resource has produced some of the highest gold grades in the Iberian Pyrite Belt. Examples of those gold grades include CMR/Newmont holes drilled in 2007 that intersected 14.1 g/t gold over 2.0 metres and 16.8 g/t over 0.55 metres.

As of October 2021, Denarius has embarked on a 23,500-metre drill program designed to validate the existing resource at Lomero-Poyatos, upgrade it with infill drilling, and potentially expand it with extension drilling.

Denarius’ vice president of Exploration Alessandro Cecchi comments, “we’re very confident in what we’re seeing right now. Three past companies came up with similar results and every hole we get back from the lab gives us more confidence.”

To Cecchi, these results are the beginning of confirmation of a polymetallic deposit significantly enriched in gold. This initial data from drilling is validating the model of the mineralization at Lomero-Poyatos and confirms the grades and thicknesses of mineralization delivered by prior operators.

The company has completed less than 40 per cent of the planned program and has just added a third drill rig to the project. That means Denarius will feed the market at a steady diet of assays in the weeks and months ahead.

An enticing investment opportunity in Spain

Denarius Metals benefits from an experienced board and management team that has international experience and operational expertise to advance projects and maximize shareholder value. It also has an $18 million cash position as of September 30, 2021, thanks to the strong financial backing of GCM Mining and King Street Capital.

Between the near-term production possibilities of Lomero-Poyatos and the exploration-stage potential of Guia Antigua and the Zancundo project (joint ventured to IAMGOLD), Denarius Metals has a wealth of potential share price catalysts to its credit.

With crucial minerals like copper and silver set to explode off the clean energy trend and gold set to soar on rising inflation, Denarius’s projects put it in a great position to provide leverage on those trends.

Learn more about Denarius Metals by visiing their website here.