We think AstraZeneca is undervalued: Director of healthcare equity research

Denmark has become the first country in the European Union to drop AstraZeneca Plc’s vaccine from its COVID-19 inoculation program, amid concerns over serious side effects.

The country has decided to “continue the roll-out of its vaccination program, without AstraZeneca,” the Danish Health Authority said in a statement on Wednesday.

“There is a link between rare, but serious” side effects and the COVID-19 vaccine produced by AstraZeneca, the authority said. It listed the risk of blood clots, hemorrhaging and a low number of blood platelets. 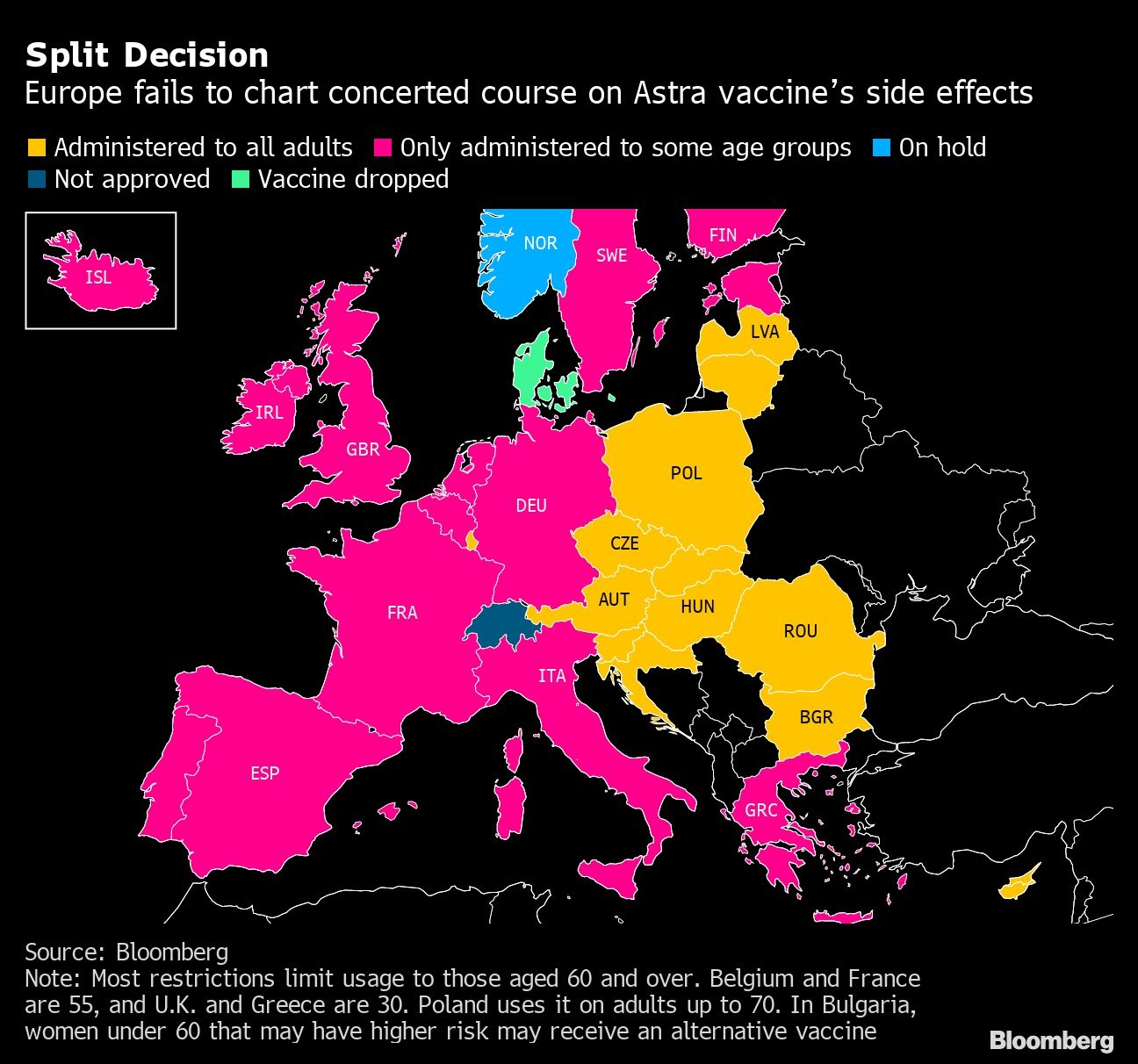 Given that the pandemic has been kept reasonably well in check in Denmark, the authority said it was deemed acceptable to take Astra out of the country’s vaccine program, which it estimates will delay overall immunization by about three weeks.

Denmark was one of the first countries to suspend the vaccine on March 11 after reports of blood clots. At the time, the Danish Health Authority called the decision a precautionary move and reiterated its view that Astra’s vaccine was “effective and safe.”

Soren Brostrom, the head of the Danish Health Authority, said on Wednesday that his “best estimate” based on local research suggests a 1-in-40,000 risk of getting a blood clot after an Astra shot. He also said the higher incidence of clotting among younger women appears to be linked to the fact that a lot of health-care workers were inoculated early on, many of whom are female.

Both European and British drug regulators have said they found a link between Astra’s vaccine and blood clots, but said benefits still outweigh the risks. Most Western European countries have limited their use of the company’s vaccine to the elderly, while in Eastern Europe, Astra has largely been reinstated with no limitations.

Denmark’s Scandinavian neighbor, Norway, which has also kept Astra on hold since last month, is due to announce its decision on Thursday.

Danish authorities said that people who have already received a first Astra shot will be offered their second jab from another producer, such as Pfizer Inc./BioNTech SE or Moderna Inc.

Denmark’s announcement on Wednesday took a dramatic turn when the unit chief who provided much of the data behind the country’s decision, Tanja Erichsen, collapsed during her presentation. Reporters attending the event were told that she quickly recovered, after she suffered a brief moment of faintness.

Like elsewhere, health authorities in Denmark have been working around the clock to ensure the country’s testing and vaccination facilities run efficiently.