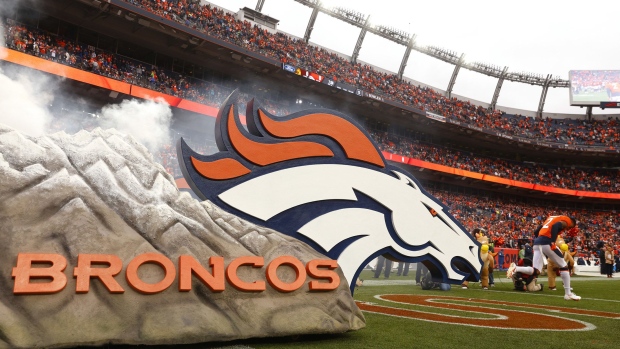 DENVER, COLORADO - OCTOBER 31: Pat Surtain II #2 of the Denver Broncos takes the field before the game against the Washington Football Team at Empower Field At Mile High on October 31, 2021 in Denver, Colorado. , Photographer: Justin Edmonds/Getty Images

(Bloomberg) -- A change in ownership for the Denver Broncos may be close, as representatives for the NFL team interviewed potential sell-side bankers last month, Sportico reports, citing multiple unidentified people familiar with the meetings.

The franchise is currently controlled by the trust of late owner Pat Bowlen, whose children each own about 11% of the team and disagree over who should control it and whether it should be sold. The team is also in a separate legal battle with former owner Edgar Kaiser’s estate, which claims it has rights to match any offer in the event team shares are sold.

Broncos spokesman Patrick Smythe declined to comment to Sportico on meetings with bankers, but said the team is “currently not for sale.” Smythe cited earlier comments from team CEO Joe Ellis that team ownership will be addressed at some point after the season finishes.

Teams don’t trade often and when the Broncos do sell it would be for a record price, according to Sportico’s valuation of $3.8 billion, with the report adding that at least four different groups met with team representatives last month.