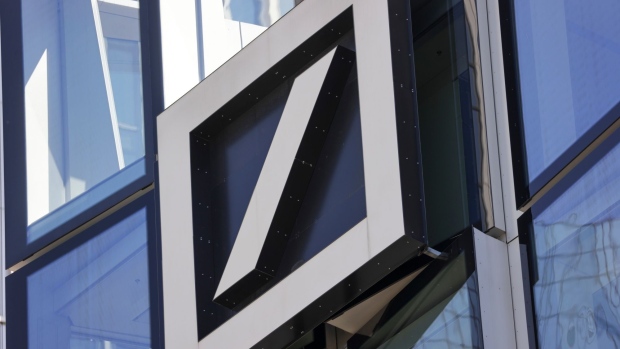 (Bloomberg) -- Deutsche Bank AG is on track to reach the top end of its revenue guidance this year as higher interest rates more than offset the impact from a weaker economy, Chief Financial Officer James von Moltke said Thursday.

Germany’s largest lender, which has guided for full-year revenue of between 26 billion euros and 27 billion euros, has seen a strong performance in fixed income trading so far this quarter and continued momentum in the private bank and corporate bank, von Moltke said at a Bank of America Corp. conference. That’s helping offset weakness in origination and advisory that’s in line with the broader market, he said.

Von Moltke’s comments follow on warnings from Wall Street banks that revenue from dealmaking and underwriting capital raises will plunge in the current quarter, with both Citigroup Inc. and JPMorgan Chase & Co. warning that fees in the division could plummet 50%. However the lenders also said that the volatility that’s been hindering deals has continued to boost trading, especially the macro businesses.

Deutsche Bank is in the final months of a turnaround plan unveiled by Chief Executive Officer Christian Sewing a little over three years ago. While he has missed several cost targets, he has exceeded revenue expectations, mostly thanks to trading results that have been far above initial plans.