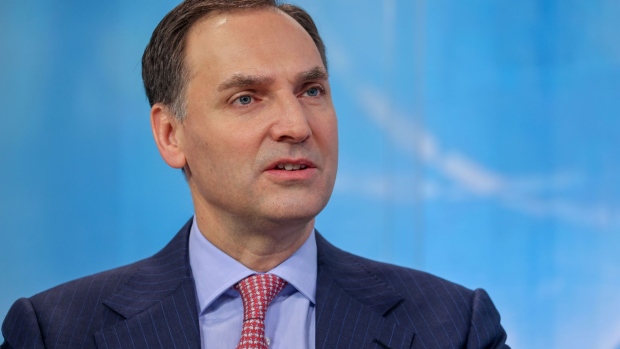 (Bloomberg) -- Deutsche Bank AG damped expectations it can cut a key regulatory levy next year, dealing a blow to efforts to trim costs as part of a restructuring plan.

The German lender is more pessimistic that its contributions to a fund for winding down failed lenders will decline in the near term, Chief Financial Officer James von Moltke said at an investor conference on Thursday.

Bloomberg reported last week that Deutsche Bank has been one of the loudest voices in calling for a reduction in the levies to the Single Resolution Fund, though lenders have struggled to convince politicians of the merits of their case.

“The official sector, in various places, understands the intellectual arguments we have made as an industry around this levy but I don’t think there’s a political, you know, consensus, around making a change to that levy,” Von Moltke said.

European banks have seized on the pandemic to lobby for a lighter regulatory burden, arguing that reserves intended to bolster the financial system’s resilience should be used to boost lending and keep credit flowing to the economy. Deutsche Bank is one of the top 20 European lenders that combined are set to pay approximately 7.1 billion euros ($8.7 billion) into the fund this year.

Failure by Deutsche Bank to secure lower contributions threatens to derail Chief Executive Officer Christian Sewing’s plan to cut costs next year to 16.7 billion euros, a key plank of his four-year turnaround effort to boost profitability. Earlier this year, he already had to ditch guidance on expenses for 2021 because expectations of lower bank contributions didn’t materialize.