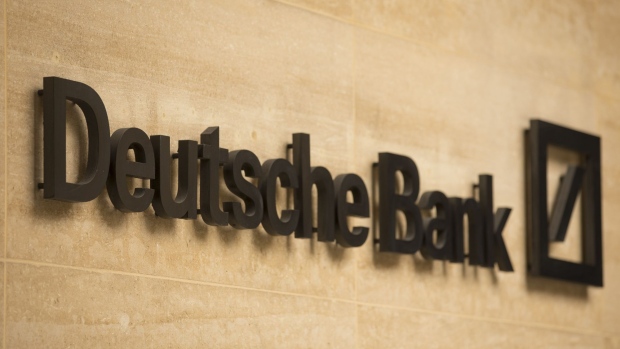 The regional offices of Deutsche Bank AG in Birmingham, UK, on Monday, Sept. 5, 2022. The British government's attempt to economically "level up" regions outside London is getting help from an unlikely quarter: Wall Street. , Bloomberg

(Bloomberg) -- Deutsche Bank AG is predicting a rebound in revenue from Latin America as it boosts headcount and shifts capital into the region, reversing a pullback that began in 2015.

“This is going to be our best year in Latin America in terms of revenue for the past six years, and that is just a reflection of investments we’ve made to our global emerging-markets platform,” Ricardo Cunha, head of global emerging markets for Brazil, said in an interview.

The Frankfurt-based lender sent 100 million euros ($105 million) to Mexico in September, after increasing its capital in Brazil by the same amount last year.

Deutsche Bank trimmed its teams and shut operations in some Latin American nations during a global cost-cutting effort that began in 2015. It started expanding again in recent years, boosting the local team in Brazil that serves hedge funds as well as its onshore fixed-income, commodities, currencies and derivatives local trading book, Cunha said. The bank built a team in Mexico and opened an office for its relaunched broker-dealer business.

The company hired 15 people in the past 12 months to serve the region from its broker-dealer office in Mexico, its bank in Brazil, representative offices in Colombia and Argentina, and also from New York and other offices of its global emerging-markets platform, which has about 400 employees. It’s been transferring headcount to local subsidiaries from the US.

Among the top executives hired this year was New York-based Isander Santiago-Rivera, a managing director for sales coverage in global emerging markets for Latin America, who was with Credit Suisse Group AG previously. Deutsche Bank also invested in its offshore private-banking business serving Latin American clients in the US and Switzerland booking centers.

“We haven’t grown the business in the past three years by simply hiring people and spending money, but mainly by finding efficiencies within the firm -- we are extremely focused on cost,” Jorge Sanchez-Lara, head of global emerging markets for Mexico, said in an interview at the bank’s New York office.

Deutsche Bank, which used to have a full-fledged bank in Mexico, this year relaunched a broker-dealer business there focusing on fixed-income and currency trading and derivatives, risk management and finance solutions. In November, Citigroup Inc. said it agreed to buy Deutsche Bank’s banking entity and license in Mexico.

“We decided on the broker-dealer in Mexico because we believe that’s the most efficient entity that we can use to cover our clients there,” Sanchez-Lara said. Deutsche Bank’s total capital in Mexico now is around 125 million euros, he said.

The German bank was among the joint lead managers of an 800 million-euro, 8-year global bond issued in February by the Mexican government.

Deutsche Bank transferred back to Brazil the nation’s fixed-income and currencies trading book from New York in 2019, and now has a bank with 3 billion reais ($556 million) in equity there.

Recently, the company sent a Brazilian trader to work from Singapore, to generate Brazilian business in Asia and to offer liquidity during Asian hours for Brazilian clients there and in the rest of Asia.

“As a global bank, we can deliver the whole global platform to our clients in the region, and vice versa,” Sanchez-Lara said.

Deutsche Bank has also participated in Brazil’s local-bond market this year, focusing on real-denominated acquisition financing and structured credit, according to Cunha, who said the bank is active in sectors including digital infrastructure, fiber optics, data centers, towers and chemicals.

It underwrote five Brazil local bond deals providing about 1 billion reais in credit, according to data compiled by Bloomberg.

The bank was among the underwriters on a 1.65 billion-real bond issued in March by Highline do Brasil, a portfolio company owned by US private equity firm Digital Colony. Part of the proceeds from the sale will be used to roll over debt used in acquisitions such as the mobile assets of Brazilian telecom Oi SA.

The war between Russia and Ukraine brought more volatility to commodities prices, increasing business for Deutsche Bank in Latin America.

“We saw an almost unprecedented amount of hedging activity on the commodities front in Brazil from several clients that are exposed,” Cunha said.