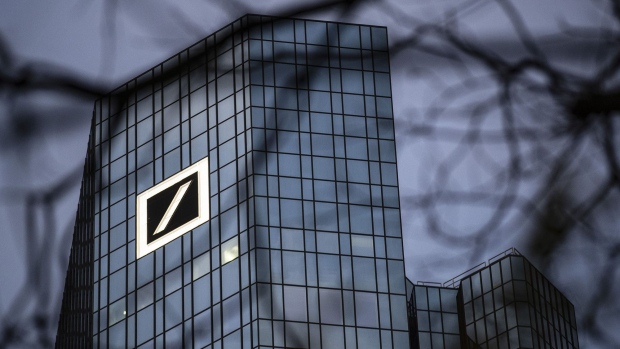 Deutsche Bank AG agreed to pay more than US$130 million to settle criminal and civil charges that it bribed foreign officials and manipulated the market for precious-metals futures through a trading tactic known as spoofing.

The Frankfurt-based bank agreed to a deal in which it won’t be prosecuted as long as it doesn’t engage in the practices again for more than three years, and wasn’t required to plead guilty to the charges. The case was brought by federal prosecutors in Brooklyn, New York, and Washington who secured a US$920 million fine against JPMorgan Chase & Co. last year, the largest sanction ever tied to spoofing.

Big banks have been rushing to conclude legal deals before the change of U.S. administrations, partly out of concern that there may be stiffer fines under a Democratic president. Three top U.S.-based banks agreed to pay more than US$4 billion in settlements announced just before the November election, on issues ranging from bribery to market manipulation.

Deutsche Bank’s agreement with the Justice Department was confirmed at a remote hearing in federal court in Brooklyn on Friday. The bank will pay US$80 million in criminal penalties for violating the Foreign Corrupt Practices Act and another US$5.6 million for commodities fraud, though the bank received credit on the latter fine for an earlier settlement with the Commodity Futures Trading Commission.

In addition, Deutsche Bank will pay more than US$43 million to the Securities and Exchange Commission to resolve a parallel, civil action against it for the bribery conduct. The SEC investigation found that it lacked adequate internal accounting controls on third-party intermediaries, with US$7 million in suspicious payments recorded as legitimate business expenses. Bank employees also falsified invoices and other documents, according to the SEC.

“While we cannot comment on the specifics of the resolutions, we take responsibility for these past actions, which took place between 2008 and 2017,” Deutsche Bank spokesperson Dan Hunter said in a statement. “Our thorough internal investigations, and full cooperation with the DOJ and SEC investigations of these matters, reflect our transparency and determination to put these matters firmly in the past.”

The bank has taken “significant remedial actions,” Hunter said, investing more than 1 billion euros (US$1.22 billion) in data, technology and controls, improving its training and boosting its global anti-financial-crime staff to more than 1,600.

Spoofers trick other investors into buying or selling by putting in their own buy or sell orders with no intention of filling them. That creates artificial demand that drives prices up or down. With computerized trading common, the long-frowned-on practice has become a threat to market legitimacy. Spoofing contributed to the flash crash of May 2010, when almost US$1 trillion was temporarily wiped out in the U.S. stock market.

Traders argue that the crime is too hard to distinguish from legitimate order cancellations. Prosecutors have to prove that traders intended in advance to cancel their orders.

Two Deutsche Bank traders, Cedric Chanu and James Vorley, were convicted in September of manipulating prices for gold and silver contracts. They were charged with entering bogus bids for contracts, canceling them before the orders were filled and profiting off the price swings in between.

In the foreign-bribery part of the case, the U.S. says Deutsche Bank managers agreed to pay millions of dollars to “consultants” for investment managers in Abu Dhabi and Saudi Arabia that were really bribes to middlemen to win business.

In Abu Dhabi, the managers provided financing for an investment official’s yacht as well as cash, totaling US$3.5 million, that helped the bank win US$35 million in fees.

In Saudi Arabia, the payments were made to an entity controlled by an investment manager’s wife in exchange for overseeing hundreds of millions of dollars in family assets belonging to a Saudi official. The payments totaled more than US$1 million, including a loan of more than 600,000 euros for the asset manager to buy a home in France.

In both cases, senior bank executives were aware of the payments, according to court records.

Deutsche Bank’s legal troubles come on top of a long downward spiral of declining revenue, stubborn fixed expenses, lowered credit ratings and rising funding costs. The bank has paid more than US$18 billion in fines for financial misconduct in the decade since the financial crisis.

In July, it agreed to pay New York’s banking regulator US$150 million for a string of compliance lapses including a half-decade of lax oversight of the financial dealings of convicted sex offender Jeffrey Epstein.

German authorities fined it 13.5 million euros in October over money-laundering violations related to work with Danske Bank A/S. The bank failed on more than 600 occasions to file timely alerts about suspicious transactions, Frankfurt prosecutors said at the time.