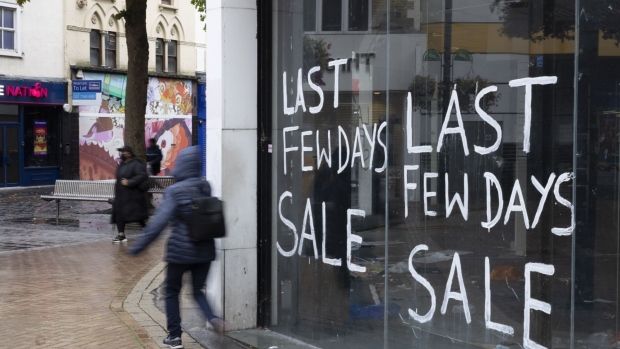 Deutsche Bank AG’s chief economist said he expects the UK to enter a “deep and long” recession as the Bank of England plays catch up to control inflation.

“We’re thinking in terms of a recession that will be deep and long,” David Folkerts-Landau said in a Bloomberg Television interview. “That’s the price we have to pay for financial stability and getting on the right track.”

Folkerts-Landau said the BOE is two to three percentage points behind where it should be, and it would be a “little risky” to wait until the next scheduled meeting in November to make a move. Still, he said he thinks it’s more likely that the pound will climb back to $1.15 than hit parity.

“The Bank of England has been late in raising rates and in too small amounts,” Folkerts-Landau said. “Rates have to go up significantly.”

Folkerts-Landau said he applauded the “conviction” of the UK government’s moves and thinks tax cuts were necessary, but questions the timing.

“Unemployment will go up significantly and it will be a painful recession,” he said. “But I do not believe there is a way around this.”