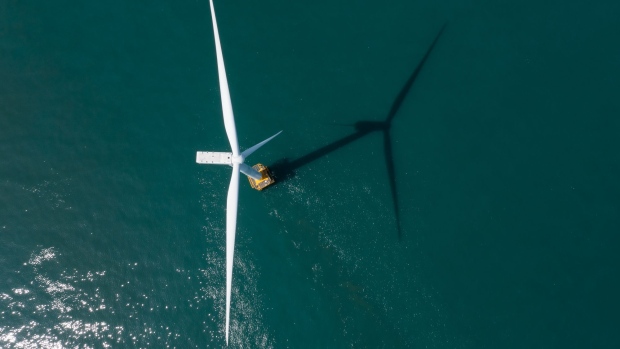 (Bloomberg) -- Deutsche Bank AG is accelerating a push to align its business with environmental, social and governance criteria as global lenders increasingly move toward green finance.

“We have to progress as quickly as possible from ambition to impact,” Chief Executive Officer Christian Sewing said in the release. “We have made significantly more progress than we anticipated,” allowing the lender to ratchet up its ambitions, he said.

The announcement comes as banks around the world increasingly focus on green finance such as bonds and loans while turning away from lending to fossil-fuel producing companies. Deutsche Bank helped bring to market sustainable finance and investments worth 71 billion euros by the end of the first quarter, it said Thursday at an event briefing investors on its new sustainability policies.

Deutsche Bank also published sustainable finance targets for each of its divisions and said it plans to train half of client-facing staff on its sustainability taxonomy by the end of the year. It also wants to cut the fuel consumption of its 5,400 cars in Germany by 30% and raise the proportion of women in top leadership roles to at least 30% by 2025.