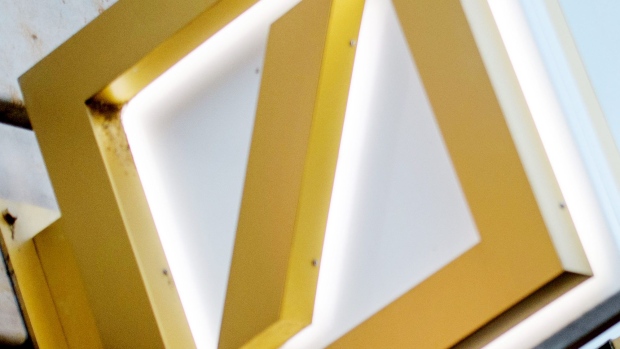 FRANKFURT AM MAIN, GERMANY - FEBRUARY 01: A branch of the German bank Deutsche Bank pictured on February 1, 2018 in Frankfurt, Germany. Deutsche Bank will announce financial results for 2017 tomorrow. CEO John Cryan has reportedly said the bank had its third straight year of losses but that it will continue on the restructuring course he is leading. (Photo by Thomas Lohnes/Getty Images) , Photographer: Thomas Lohnes/Getty Images Europe

About 80 former and current employees of Deutsche Bank AG are suspects in an investigation by German prosecutors into an alleged tax fraud, according to a person familiar with the matter.

Prosecutors have been conducting a criminal probe into some of the biggest names in European and U.S. finance, looking at the roles banks, law firms and others played in so-called cum-ex trades. The strategy enabled both sides of a short sale to claim a refund of a dividend tax that was only paid once, costing taxpayers at least 10 billion euros, according to lawmakers.

The deals being reviewed by Cologne prosecutors took place approximately between 2007 and 2012, overlapping the period when Jain was responsible for the investment-banking arm. Ritchie now heads the division, which has been at the center of many of the lender’s woes. Sueddeutsche Zeitung reported on Thursday that about 70 current and former employees at Deutsche Bank are facing scrutiny.

“I was not personally involved in any cum-ex activity,” Ritchie said in a statement released by the bank on Tuesday. “I am very confident that the investigation will show no personal wrongdoing by me.”