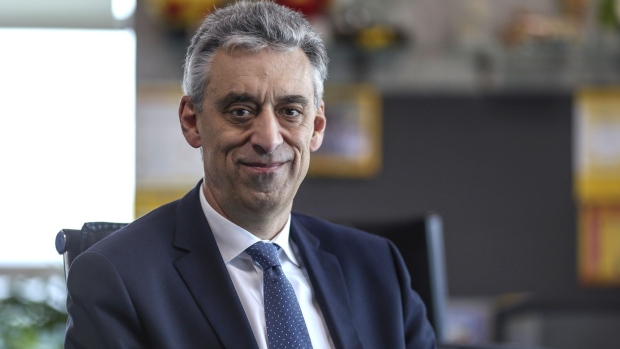 Frank Appel, chairman and chief executive officer of Deutsche Post AG, listens during an interview in Mumbai, India, on Friday, April 21, 2017. DHL Group will invest 250 million euros ($268 million) in India by 2020 to expand its logistics business and tap demand as the South Asian nation introduces a national sales tax that is set to boost movement of frieight. Photographer: Dhiraj Singh/Bloomberg , Bloomberg

A decision on the potential nomination could happen as soon as Dec. 15, Handelsblatt said, citing sources it didn’t name. A final vote on the job is expected during Deutsche Telekom’s next annual general meeting on April 7.

Handelsblatt also reported that the company might extend the contract of CEO Timotheus Hoettges ahead of its expiration at the end of 2023.