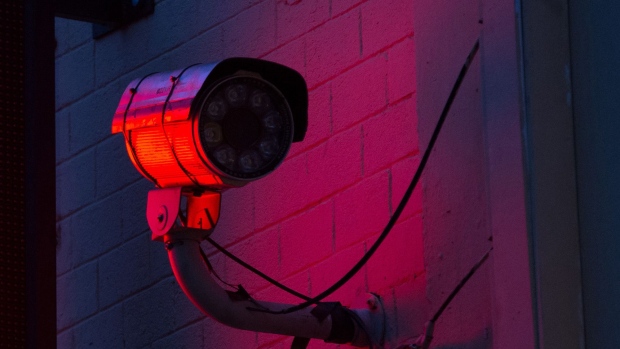 (Bloomberg) -- Technology companies including Microsoft Corp., Motorola Solutions Inc. and Palantir Technologies Inc. have sold tens of millions of dollars in surveillance equipment to local authorities using Department of Homeland Security grants, according to a new report by a coalition of advocacy groups.

Much of the funding goes to products that hoover up data on citizens, such as social media monitoring software, as well as gunshot detection technology that utilizes microphones installed in urban areas.

“This is a funding stream that supercharges surveillance and policing, and does it in a way that bypasses traditional oversight processes that we have,” said Aly Panjwani, a senior research analyst with the Action Center on Race and the Economy, a racial justice group in the coalition that released the report Tuesday.

The DHS grants go to police departments across the country and are meant to finance homeland security efforts. The agency has said the technologies help law enforcement better protect domestic security. However, the technology tends to disproportionately collect data on minorities in cities, the report says.

It focuses on the Urban Area Security Initiative, a DHS grant program that provides $615 million to cities annually for homeland security activities. The program is managed by the Federal Emergency Management Agency, a DHS entity that handles disaster relief. Cities are required to spend 30% of the grant on law enforcement efforts.

“Because of the way the grant funding is set up, it makes it hard for cities that want to reject the funding for surveillance and policing to do so, because the funding is going to other disaster relief as well,” said Alli Finn, a senior researcher with the Immigrant Defense Project, which also contributed to the report.

DHS, Microsoft, Motorola and Palantir didn’t immediately respond to requests for comment on the report.

The report uses public records to build a detailed picture of DHS financing under the Urban Area Security Initiative, offering a glimpse into the enormous and complex web of federal grants used to buy technology across the country. For years, DHS has been criticized by activists who say its programs unfairly target Muslim-American and Black communities.

In one example, Boston used the funding to pay for ShotSpotter Inc. contracts across the city. ShotSpotter, a gun detection technology, alerts police when a gunshot is detected through an array of microphones positioned throughout a city. But artificial intelligence ethicists have called the technology unreliable and say it’s led to false arrests in the predominantly Black areas where the microphones are often placed.

ShotSpotter, in a statement, said “coverage areas are determined by police using objective, historical data on shootings and homicides to identify areas most impacted by gun violence.”

“All residents who live in communities experiencing persistent gunfire deserve a rapid police response, which gunshot detection enables regardless of race or geographic location,” the company said.

DHS requires police departments to use Urban Area Security Initiative funding on a list of “authorized” equipment, which includes social media surveillance technology, drones, license plate readers, gunshot detection technology and more. Many of the companies, including ShotSpotter and Motorola, advertise their products as eligible for the initiative’s funding in public materials.