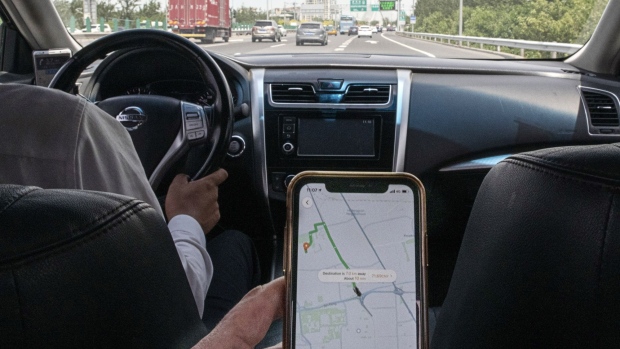 The Chinese carmaker has reached out to Didi’s top executives and expressed its interest in becoming a major shareholder in the firm, said the people, who asked not to be identified as the information is private. FAW pledged to help Didi resolve issues related to data security, paving the way for a Hong Kong listing, the people said.

Discussions are at an early stage and might not lead to any transaction, the people said. Representatives for Didi and FAW didn’t immediately respond to requests for comment.

Didi became a symbol of China’s crackdown on technology companies after the ride-hailing firm proceeded with its $4.4 billion US IPO despite Beijing’s objections, erasing more than $70 billion in market value since China placed it under a cybersecurity probe.

FAW is unlikely to be the only firm interested in getting a stake in Didi. Shouqi Group -- part of the influential Beijing Tourism Group, and other companies based in Beijing were looking at a stake in the ride-hailing firm, Bloomberg News reported last September.

FAW is one of China’s biggest automobile conglomerates, makers of the Hongqi or Red Flag limousine that transported Chairman Mao Zedong. The company has since evolved into one of the country’s most important state-backed corporations, a partner to foreign giants from Toyota Motor Corp. and Volkswagen AG with ambitions to delve into newer arenas such as electric vehicles and autonomous driving.

While the vote clears the way for Didi to work with Chinese regulators on the overhaul of its data systems, its future is still in limbo as the actual punishment by the Cyberspace Administration of China remains unclear. The company had to put its Hong Kong listing plan on hold given the uncertainty, Bloomberg News has reported.

Some investors could be forced to sell because their mandates don’t allow them to hold unlisted shares. Hedge funds have already reduced their Didi holdings by 29% to about $232 million during the first quarter, according to a Bloomberg analysis of filings.